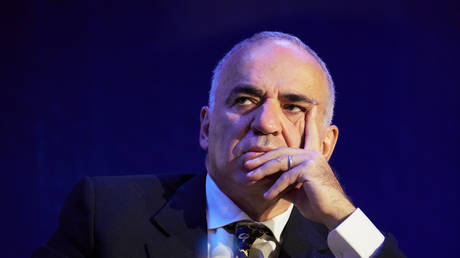 Veteran Kremlin critic Garry Kasparov took to Twitter to partake in the massive flame war ignited by the controversial Ukraine peace plan floated by Tesla and SpaceX CEO Elon Musk. The attempt in virtue-signaling, however, failed spectacularly after Musk shot back, wondering what exactly Kasparov had done himself about the situation in Ukraine, apart from tweeting.

Musk floated his peace plan on Monday, proposing to hold anew UN-supervised referendums in former Ukrainian territories currently being incorporated into Russia. Ukraine should also give up its claim to Crimea, which broke away from the country back in 2014, as well as ensure a steady water supply to the peninsula and declare itself a neutral country. 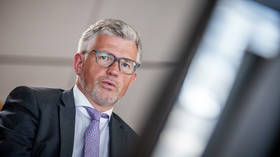 The plan invoked the fury of Ukrainian officials, Kiev supporters and assorted opponents of Russia. Among others, chess champ-turned political activist Kasparov showed up in the thread, accusing the billionaire of spreading “Kremlin propaganda.”

“This is moral idiocy, repetition of Kremlin propaganda, a betrayal of Ukrainian courage and sacrifice, and puts a few minutes of browsing Crimea on Wikipedia over the current horrific reality of [Vladimir] Putin’s bloody war,” Kasparov stated.

Musk, however, shot back, pointing at his continuous support of Kiev and, namely, at the donation of SpaceX’s Starlink terminals to Ukraine.

“We gave Starlinks to Ukraine and lost $80 million,” Musk pointed out, saying the move put the company and himself “at serious risk of Russian cyberattacks.” The billionaire then questioned Kasparov on what exactly he had done for Ukraine.

Kasparov, however, skilfully dodged the question, reiterating his “Kremlin propaganda” claims. Yet, the smooth move did not spare the anti-Kremlin activist from mockery by some users.

“And I praised you as so many did for those acts. But should good deeds purchase immunity for later bad ones, or should every act and statement be judged on its merits? Should Ukrainians who thanked you for Starlink be silent when you spread Kremlin talking points against them?” Kasparov replied.

Musk sent hundreds of Starlink terminals to Ukraine early on in the conflict. While the proclaimed goal of the delivery was humanitarian, Kiev has since admitted to using them for war goals, while Russian troops claimed to have seized multiple units from Ukrainian troops. (RT)