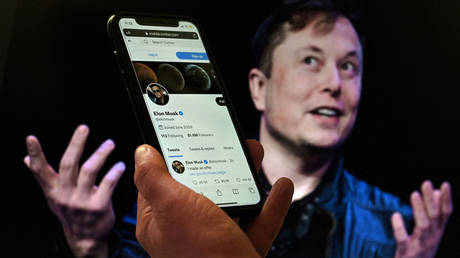 A phone screen displays the Twitter account of Elon Musk with a photo of him shown in the background. ©  Olivier DOULIERY / AFP

The Twitter boss has restored accounts that were blocked for reporting his movements A phone screen displays the Twitter account of Elon Musk with a photo of him shown in the background. © Olivier DOULIERY / AFP

Elon Musk has unblocked the accounts of several journalists who had been suspended from Twitter for allegedly violating the platform’s “doxxing” policies. The social media boss reinstated the accounts, which had been sharing data on the billionaire’s flights, following massive public backlash and an opinion poll he conducted on Twitter.

“The people have spoken. Accounts who doxxed my location will have their suspension lifted now,” Musk tweeted on Friday.

The Twitter CEO had earlier held a poll asking the platform’s users whether they wanted the journalists’ accounts to be reinstated ‘now’ or ‘in seven days.’ A total of 58.7% opted for the former option, with almost 3.7 million people taking part in the vote. 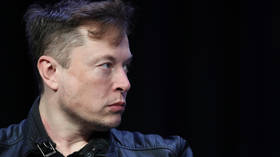 According to Musk, these people reported and shared links to ElonJet, an account that had been tracking the billionaire’s flights in alleged violation of Twitter’s “doxxing” policy. The billionaire also argued that journalists had revealed his “exact real-time” location, which he said amounted to releasing “assassination coordinates.”

“If anyone posted real-time locations & addresses of NYT reporters, FBI would be investigating, there’d be hearings on Capitol Hill & Biden would give speeches about end of democracy!” he added.

ElonJet itself, which had been exclusively tracking the movements of the billionaire’s private jet, had also been banned, despite it stating that it was sharing only publicly available data.

After Musk suspended the journalists’ accounts, he came under heavy fire, with some critics accusing him of hypocrisy, given that the Twitter boss had once described himself as a “free speech absolutist.”

It also drew backlash from the United Nations and the EU. UN spokesman Stephane Dujarric said the global body was “very disturbed by the arbitrary suspension of accounts of journalists.”

“The move sets a dangerous precedent at a time when journalists all over the world are facing censorship, physical threats and even worse,” he added.

Meanwhile, the EU warned Elon Musk that Twitter could be targeted with sanctions over the move.

The Tesla CEO, who completed his $44 billion deal to buy Twitter in late October, had previously stated that his “commitment to free speech extends even to not banning the account following my plane, even though that is a direct personal safety risk.” (RT)