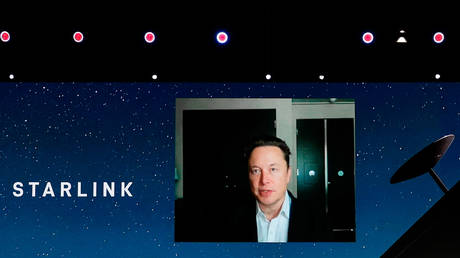 Billionaire Elon Musk said on Tuesday that his Starlink system was far ahead of the competition when it comes to defeating alleged Russian cyberattacks on satellite internet providers. He was commenting on fresh Western claims that Moscow had targeted a rival network in February. Moscow has denied waging cyberwarfare on either system.

The US, the UK, and the EU this week officially accused Russia of being behind a hacking attack that took tens of thousands of modems offline using Viasat’s KA-SAT broadband internet network. The goal was to disrupt Ukrainian military communication using the French satellite link during the first days of Russia’s military attack against its neighbor, they claimed. Musk shared the news on his Twitter account before touting his own system as more resilient to tampering.

Read more:   SOCAR: Rumors on repayment of Georgian citizens' debts are a lie and provocation

“Starlink has resisted Russian cyberwar jamming & hacking attempts so far,” Musk remarked, referring to his own firm, which competes in the market of providing satellite broadband internet. In late March, Musk made similar remarks, likewise commenting on the KA-SAT hack allegations against Russia.

Musk reportedly shipped 5,000 sets of the ground equipment for his space-linked network to Ukraine after a public plea by the country’s vice prime minister, winning online praise for his ‘get things done’ attitude and swift action. The move was implied to be a charitable gesture of support for the struggling nation, but according to the Washington Post, the gear was actually paid for by the American government.

Last month, Dave Tremper, the director of electronic warfare for the Office of the Secretary of Defense, claimed during a conference that Starlink countered Russian jamming attempts in Ukraine with a single software update and did so faster than the US military would have in the same scenario.

“In the way that Starlink was able to upgrade when a threat showed up, we need to be able to have that agility,” he was reported as saying. 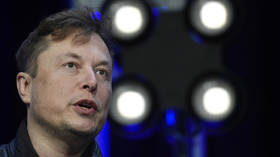 Elon Musk warns he could die ‘under mysterious circumstances’

Some Russian officials, most notably space chief Dmitry Rogozin, argued that the situation with the Starlink operation in Ukraine served as proof that the system should be perceived as a Western military capability and a potential threat to Russian national security.

The Russian space agency cited the same dual-use concerns as it canceled the scheduled March launch on behalf of OneWeb, another satellite internet provider. The firm, which counts the British government among its shareholders, said earlier that it no longer wanted Russian space services to deploy its assets.

This week, Rogozin claimed that military helicopters were used to deliver Starlink terminals to the nationalist Azov battalion in the port of Mariupol and implied that by offering communication services to them Musk could be complicit in their alleged war crimes. The billionaire took issue with Rogozin’s characterization of the unit as “Nazi” and remarked that “there are no angels in war.”

Kremlin spokesman Dmitry Peskov commented on the hacking accusations on Wednesday by reiterating Russia’s denials of targeting either Viasat or Starlink networks. (RT)