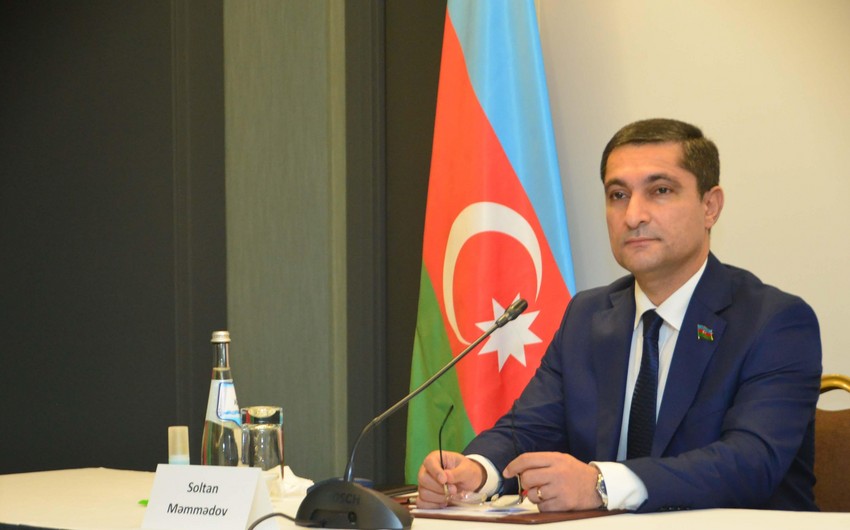 The biased resolution against Azerbaijan, adopted by the French National Assembly on November 30, is above all a disregard for the fundamental principles of international law, head of the parliamentary working group on Azerbaijani-French inter-parliamentary relations, Azerbaijani MP Soltan Mammadov said at the parliament meeting, Report informs.

He said that the adoption of the document on the basis of unfounded, far from objectivity, completely absurd conclusions is another blow inflicted by France on bilateral relations with Azerbaijan:

“This document, which completely distorts the realities of the South Caucasus and casts a shadow on efforts to achieve a lasting peace between Azerbaijan and Armenia, is another manifestation of the long-standing biased policy of France. The general content and individual provisions of the resolution not only cast a shadow on initiatives aimed at ensuring peace and stability in the South Caucasus, but also further weaken the already fragile trust of the Azerbaijani public in France.