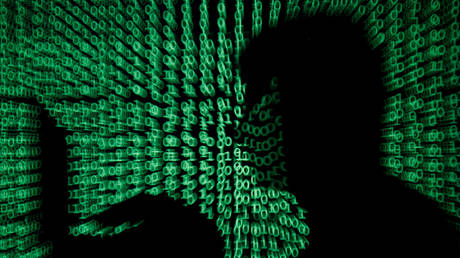 Slutsky, who is chairman of the Russian State Duma’s Committee for Foreign Affairs, called the accusations voiced by UK and US officials an attempt to discredit Russia and undermine its international reputation.

“This is insane, this is pure nonsense. Such statements are ‘cynical and reckless,’ not Russia’s actions,” Slutsky was quoted as saying by TASS. “New accusations serve as another step to discredit Russia in the spirit of Goebbels’ propaganda: If you tell a lie big enough and keep repeating it, people will eventually come to believe it. This is what they are counting on,” he added.

The alleged attacks, which British officials claim to have been masterminded by Russia’s military intelligence agency the GRU, started last September before the World Anti-Doping Agency (WADA) announced it would ban Russia from all international sporting events, including the Olympics.

According to the US and UK officials, the GRU was also responsible for interfering in the 2016 US presidential campaign, hacking and leaking emails of individuals involved in Emmanuel Macron’s 2017 campaign for president of France.

“No country has weaponized its cyber capabilities as maliciously or irresponsibly as Russia,” Assistant Attorney General John Demers said, calling it “the most disruptive and destructive series of computer attacks ever attributed to a single group”.

The Tokyo Games’ Organizing Committee said there was “no significant impact observed” from the alleged attacks on its services.

“Tokyo 2020 sees cyber security as an important aspect of hosting the Games, and the Tokyo 2020 Organizing Committee has been taking a range of measures and making thorough preparations,” it said in a statement.

“Although we are not able to disclose details of the countermeasures due to the nature of the topic, we will continue to work closely with the relevant organizations and authorities to ensure that they are thoroughly implemented.”