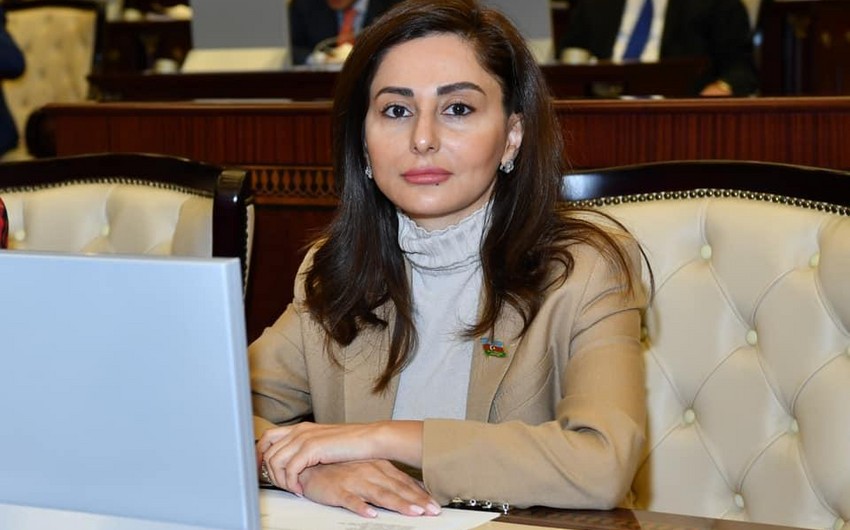 An Azerbaijani delegation led by the Speaker of the Parliament Sahiba Gafarova attended the spring session of the CIS Parliament Assembly on April 14-16. Member of the delegation, MP Amina Aghazade shared her impressions of the visit with Report.

Agazade said that this was the second international event in which she would participate together with the speaker Sahiba Gafarova as an MP: “I’d like to note that the CIS PA plays an important role in the discussion of both regional and international issues, the establishment of relations with other parliamentary organizations. This organization achieved positive results and has sufficient experience in the expansion of the relations among the CIS countries, organization of forums on actual problems. Therefore, the organization of this session jointly with the PACE, OSCE PA, The Parliamentary Assembly of the Mediterranean, and the United Nations Office of Counter-Terrorism is of special importance. I think the session is very important at a time when new views on defense and security, the fight against terrorism and extremism are being formed in the post-conflict Caucasus region.”

According to the MP, the speaker Sahiba Gafarova spoke about aspects of cooperation in the post-conflict region in the Caucasus in the recent past, touched upon “prisoners of war”, “Victory Park” and other issues artificially inflated by Armenia to the world community: “In response to the so-called claims of the Armenian side, the speaker informed the participants about the damage of minefields in the areas, which were razed to the ground during decades, to the construction, and the loss of military and civilian lives in those areas every day. He called on the world community and international organizations to show the necessary influence to Armenia in this regard, noting that despite the end of the conflict, the Armenian side has not yet provided maps of the minefields and has not taken a constructive approach to resolve the issues. Within the session, discussions on documents developed by the Assembly, mutual events of delegations, meetings of the standing committees of the organization were held. Members of the Azerbaijani delegation also attended meetings of the relevant commissions.

At the initiative and with the support of the International Turkic Culture and Heritage Foundation,…