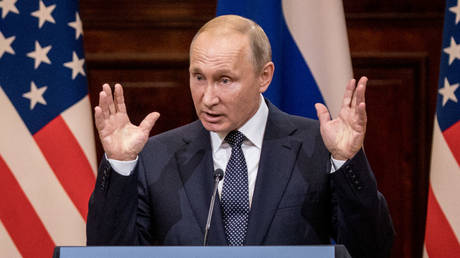 Russian President Vladimir Putin believes the world stands at the precipice of a tumultuous decade that will bring the most danger and unpredictability in several generations as Western hegemony inevitably draws to a close.

“We are standing on a historic frontier,” Putin said on Thursday at the Valdai Discussion Club’s annual meeting in Moscow. “Ahead is probably the most dangerous, unpredictable and, at the same time, important decade since the end of World War II.”

Putin rebuked the West for playing a “dangerous, bloody and dirty” geopolitical game. He said the US and its NATO allies helped to incite the Russia-Ukraine conflict while at the same time stoking a crisis over China’s sovereignty in Taiwan to enforce its global dominance.

“I have always believed in the power of common sense, and I still do, so I am convinced that sooner or later, the new centers of the multipolar world and the West will have to embark on an equal dialogue about our shared future, and the sooner that happens, the better,” Putin said.

The Russian leader noted that when Moscow laid out the security concerns that would need to be addressed to avert the Ukraine crisis last December, NATO cast the proposal aside. “It’s not going to be possible to sit this one out. Whoever sows the wind will reap the storm. The crisis has taken on a truly global magnitude. It affects everyone, and we should not entertain any illusions otherwise.” 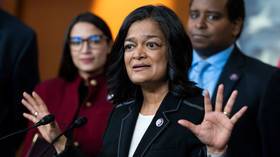 Humanity essentially faces two options, Putin added. “Either we continue accumulating the burden of problems that is certain to crush all of us, or we can work together to find solutions – functional, if imperfect ones – solutions capable of rendering our world more stable and safer.”

In any case, Putin said, “the historical period of the West’s undivided dominance over world affairs is coming to an end.” Citing a 1978 quote by Russian writer Alexander Solzhenitsyn, he said, “the West has a blindness of superiority.”

“Almost half a century later, the blindness Solzhenitsyn spoke of, openly racist and neo-colonial in nature, has become simply ugly, especially after the emergence of the so-called unipolar world.”