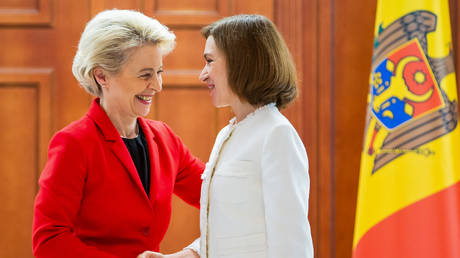 More than 60% of Moldovans believe the country is ruled by external powers, according to a new poll conducted by the IMAS research institute. The survey was published on Tuesday and sampled some 1,100 adult respondents across the country.

The poll by the Chisinau-based data company shows that a majority – 59% – believe Moldova is under the control of US or EU forces. A further 3% suggested the nation is ruled by Russia. Only 32% thought it was actually led by President Maia Sandu, while 6% of respondents were not able to answer who exactly governed their homeland.

When asked how much the president was involved in the country’s affairs, some 39% said she had not been engaged at all during her two years in office, while another 25% suggested she did not pay due attention to Moldova’s internal affairs. Only 23% indicated Sandu had been properly involved in ruling the state, while some 8% insisted she was actively doing so. 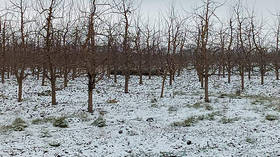 Opinions turned to be rather split on which foreign forces the country should cooperate with the most. Some 38% of respondents called for strengthening the economic relationship with Russia, while 30% favored the EU. In terms of security cooperation, 36% preferred Moscow and only 21% spoke in favor of the bloc.

In recent weeks, Moldova has seen repeated mass protests against Sandu and her government over the rising cost of living, energy prices, and some other social and economic issues. Moldovans took to the streets amid the EU’s struggle to cope with the ongoing energy crunch, which is partly caused by the bloc’s sanctions drive and efforts to phase out Russian exports.

In June, the European Council agreed to grant candidate status to Moldova during an EU summit. Later that month, Kremlin spokesman Dmitry Peskov said that Moldova “for some reason associates its candidate status with taking an increasingly anti-Russian stance.” (RT)