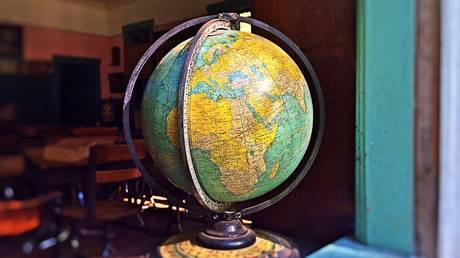 A new poll has found that even though most Americans are proud of their geographic knowledge, fewer than half know where the Grand Canyon and Niagara Falls are. Some even thought the falls were in Iceland.

The poll, published on Friday, found that, by and large, Americans are confident in their handle on geography. Of the respondents, 64% reckoned they could locate some famous American landmarks, but few were correct. Just 38% knew that the Grand Canyon – one of the seven ‘Wonders of the Natural World’ – is located in Arizona, while only 32% knew that the Niagara Falls tumbled over the border between Ontario, Canada, and New York.

Bizarrely, 22% thought the falls were located in Iceland, while 18% believed Illinois’ Shawnee National Forest is actually in Ireland – a margin of error of nearly 4,000 miles.

Read more:   Mexico could be next country to legalize marijuana to curb drug violence

Even more bizarre is the fact that the poll wasn’t conducted on behalf of an educational organization or a geographic foundation, but for Charmin, the toilet paper company. As such, the poll also asked a number of questions about sustainability and the environment, to promote the company’s apparent interest in the climate. (RT)