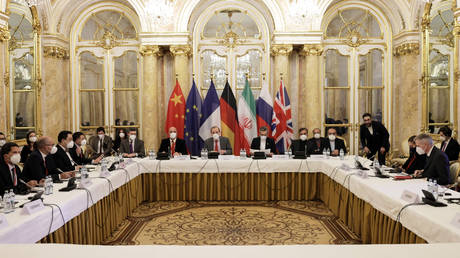 Revival of the initial 2015 accord is the only “reasonable” way forward, the Russian Foreign Ministry has said FILE PHOTO: The Joint Comprehensive Plan of Action (JCPOA) Joint Commission meets in Vienna, Austria, on December 17, 2021. © Global Look Press / EU Delegation in Vienna

Any ‘Plan B’ in the talks on the Iranian nuclear program would violate a “consensus decision” of the UN Security Council on the issue and have “unavoidable negative consequences” for the entire Middle East, the Russian Foreign Ministry warned on Thursday.

“Any departure [from the original 2015 deal] or ‘Plans B’ that some people like to speculate about would run counter to the consensus decisions of the [UN] Security Council,” said Ivan Nechaev, the ministry’s deputy spokesman, referring to a 2015 UNSC resolution supporting that year’s agreement on the Iranian nuclear program.

The revival of the existing 2015 deal through the ongoing talks in Vienna is the only “reasonable and effective way” forward, Nechaev told journalists during a briefing. He also welcomed the latest round of indirect talks between the US and Iranian delegations in Vienna, which resulted in some “progress” on issues that had earlier been a stumbling block in the negotiations.

“A positive result of the talks is… achievable,” Nechaev said, adding that “there are no irreconcilable differences between the parties. Further progress would solely depend on each side’s “political will,” the diplomat said. 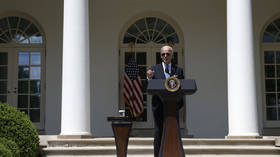 US has proposal for a mutual return to Iran nuclear deal, White House says

At the same time, Moscow slammed the EU for what it called the bullying tactics. “The language of ultimatums does not work in such a sensitive and high-stakes issue,” Nechaev said as he particularly criticized Peter Stano, the spokesman for EU diplomatic chief Josep Borrell. (RT)