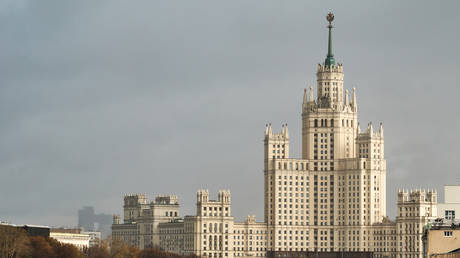 Bolshoy Moskvoretsky Bridge, with the Soviet era skyscraper on Kotelnicheskaya Embankment in the background, in Moscow, Russia. © Sputnik images

Russia’s Foreign Ministry had some choice words to say about reporters’ remarks at Biden’s address By Layla GuestBolshoy Moskvoretsky Bridge, with the Soviet era skyscraper on Kotelnicheskaya Embankment in the background, in Moscow, Russia. © Sputnik images

American journalists are quick to talk about the likelihood of Russian troops staging an offensive into neighboring Ukraine, but neglect issues such as NATO’s expansion into Eastern Europe, Moscow has said amid tense relations with Washington.

“It is amazing how American journalists … speak with all the certainty of a ‘Russian attack on Ukraine’ and the Western countries’ commitment to the indivisibility of security, as if they have never heard of NATO’s eastward expansion,” she wrote, as Moscow seeks to gain guarantees that the US-led military bloc will not push into countries that used to be republics of the Soviet Union, including Ukraine.

Read more:   There are still things to be done to fully implement trilateral agreement - Russian Ambassador

According to the official, it is “as if they know nothing about Kiev’s provocations and Washington’s support for them.” (RT)