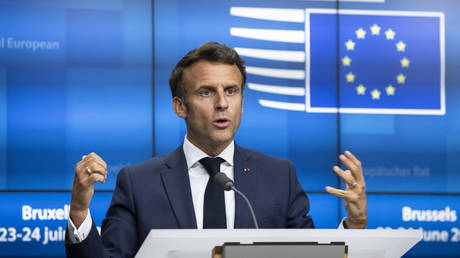 The French president wants non-EU members to get on board with Brussels’ foreign policy FILE PHOTO. Emmanuel Macron after the EU – Western Balkan summit in Brussels, Belgium © Nicolas Economou / NurPhoto via Getty Images

Russia has expressed skepticism about an upcoming gathering of European nations that, despite having a vague official purpose, appears to be aimed at countering Russian and Chinese influence on the continent.

“The creation of new blocs will certainly not foster stability and predictability or help to defuse the tense situation that we live in,” Kremlin spokesman Dmitry Peskov said on Monday.

The official was speaking about the inaugural meeting of the European Political Community (EPC), which is slated for Thursday. The new French-proposed club is meant to bring together the 27 EU members and 17 nations that either aspire to join it or have traditionally close ties to it, such as Norway and the UK.

Although the idea was given a boost when UK Prime Minister Liz Truss agreed to participate in the first meeting, doubts reportedly remain about the viability of the project. The idea was originally proposed by French President Emmanuel Macron

“The British took a very pragmatic tactic: if you cannot ‘kill’ the strange initiative, it is better to engage deeply and to direct it in your own way,” a European diplomat told Reuters about Truss’ decision to attend the summit in Prague.

The forum was initially rejected by some intended members, particularly Ukraine, which perceived it as a French ploy to stall its desired accession to the EU. 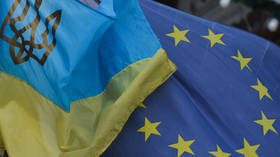 “Strategic ambiguity on Ukraine’s European perspective practiced by some EU capitals in the past years has failed and must end. It only emboldened [Russian President Vladimir] Putin,” Ukrainian Foreign Minister Dmitry Kuleba declared in May, when Macron first proposed the idea.

Kiev and other Eastern European participants have since somewhat warmed up to the EPC, though much skepticism remains, diplomats told Reuters.

“It will be just another ‘blah blah’ forum to discuss … but after a few meetings it might finish without any big success,” a diplomatic source quoted by the news agency on Monday predicted.

“There are too many countries with too many interests … How do you have Serbia and talk about Russia? How do you have Turkey and Greece/Cyprus together? How to have Armenia and Azerbaijan at the same table?” the diplomat asked.

Though it lacks a coherent agenda, the EPC is largely viewed as a vehicle for the EU to bring closer aspiring members that may be frustrated by the lack of progress in their accession, Reuters said. In particular, countries in the Western Balkans may look to Russia and China for possible investments and other benefits, a prospect that France seeks to counter with this initiative.

Another apparent target for the diplomatic drive is Türkiye, which refused to join the EU’s efforts to isolate Russia commercially and politically in retaliation for its military operation against Ukraine. Unlike the EU, Ankara has preserved its ties with Moscow and is attempting to adopt the role of mediator in the conflict. (RT)