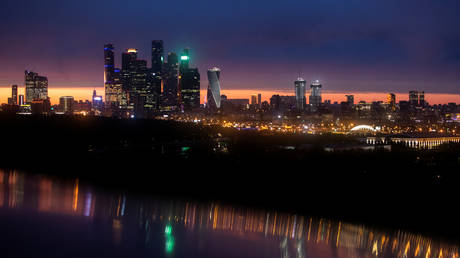 A general view of the Moscow International Business Centre, also known as 'Moskva-City', as the spread of the coronavirus disease (COVID-19) continues, in Moscow, Russia May 14, 2020. © REUTERS/Maxim Shemetov

It might be Europe’s largest city, but Moscow more often than not misses out when it comes to dream destinations for foreign citizens, with the quaint streets of Italy or the bustling Broadway of America getting all the attention.

However, in a major new analysis of the best places across the world to move to, spend money or take up a job, the Russian capital has come out in fourth place, losing out only to the metropolises of London, Paris and New York.

The report, produced by research consultancy Resonance, ranks the world’s greatest cities by a series of metrics, including landmarks, transport, cultural heritage and prosperity. With its estimated population of nearly 18 million people, Moscow is described as a “cultural gold mine fighting for its life.”

Any traveler, the analysis says, “will tell you that Russian influence – at least over visitors to the country’s capital – is a very real thing: you’ll fall under the spell of Moscow the minute you set foot in this endlessly fascinating and dynamic destination.” (RT)