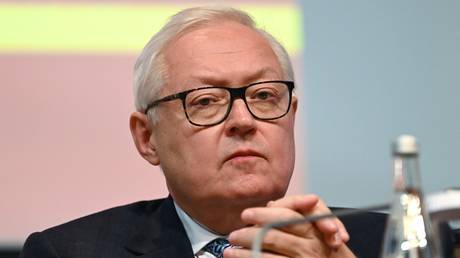 High-level negotiations are not on the cards, but the countries do communicate via diplomatic channels, a senior official said Sergey Ryabkov © Sputnik / Grigory Sysoev

Russia has no plans to engage in high-level talks with the US, Deputy Foreign Minister Sergey Ryabkov said on Thursday. He added, however, that diplomats from both nations maintain contact via established channels.

“There have been no plans for such a contact, and we are not planning any high-level contacts at the moment,” Ryabkov said during a briefing. He said communication between Moscow and Washington is carried out “through telephone conversations involving relevant senior officials,” but not at presidential level.

“We are having dialogue through the usual diplomatic channels,” he explained.

Ryabkov’s comments echo remarks last week by Kremlin Press Secretary Dmitry Peskov, who said a summit between Russian President Vladimir Putin and his US counterpart Joe Biden is not being discussed at present. 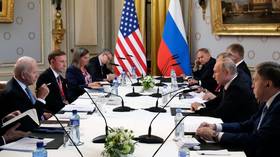 Last month, however, Peskov indicated that the two leaders could meet if the US were willing to address Moscow’s security concerns. The spokesman referred particularly to draft documents on security guarantees that Moscow submitted to both Brussels and Washington before the Ukraine conflict broke out in late February. At the time, Moscow demanded that the West ban Ukraine from entering NATO, and insisted that the alliance retreat to its 1997 borders. The initiative, however, was rebuffed.

While Russia has repeatedly stated that it is not holding any talks with the US over Ukraine, the two powers are negotiating over several other issues. Last week, Ryabkov revealed that Russia is holding back-channel talks with the US about a potential prisoner swap to secure the release of Russian businessman Viktor Bout, who was convicted on gun-running charges in 2012.

The diplomat also said Moscow and Washington were scheduled to discuss the landmark New Start agreement, which places limits on the two powers’ nuclear arsenals. Consultations on the matter are supposed to take place in Cairo, Egypt from November 29 to December 6.

Earlier this month, top Russian and US spies also met in Ankara, with US National Security Council spokesman John Kirby saying these negotiations were “really about keeping the channels of communication with Russia open on issues that affect both our security’s futures.” Moscow confirmed that the talks had taken place, but refused to provide any other details. (RT)