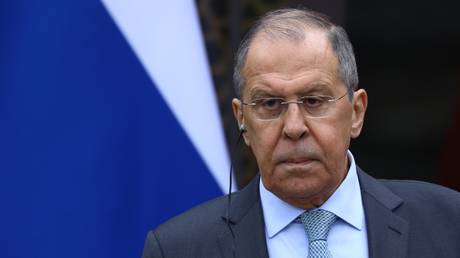 Months of political tension and a wave of new sanctions have severed all links between the EU and Russia, Moscow’s top diplomat has said, adding that his country is ready to resume cooperation if Brussels decides it is interested.

Speaking at a press conference alongside his Chinese counterpart on Tuesday, Foreign Minister Sergey Lavrov said that currently, “there are no relations with the EU as an organization. The entire infrastructure of these relations has been destroyed by unilateral decisions made from Brussels.”

Some individual European countries, he argued, are still seeking closer ties with Moscow, “guided by their national interests.” However, these are being fast outpaced by growing partnerships with China, Lavrov told journalists.

Also on rt.com ‘If you want peace, prepare for war!’ Lavrov says Russia ready to break off relations with EU if Navalny sanctions target economy

“If and when Europeans decide to eliminate these anomalies in contacts with their largest neighbor, of course, we will be ready to build up these relations based on equality,” the diplomat confirmed, “while in the East, in my opinion, we have a very intensive agenda, which is becoming more diverse every year.”

Read more:   Georgia's Embassy to Azerbaijan starts registration of its citizens wishing to return to their country

In February, the foreign minister stated that Moscow’s relations with the bloc had taken a tumble in 2014, after the EU “blamed the Russian Federation for everything that is happening” in Ukraine following the Maidan. Since then, he argued, Brussels “has consistently destroyed all mechanisms without exception that existed on the basis of an agreement on partnership and cooperation.” (RT)