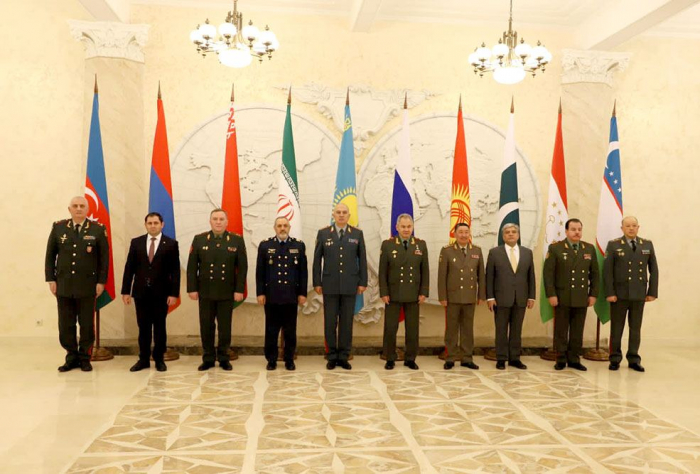 The Shanghai Cooperation Organisation (SCO) and Commonwealth of Independent States (CIS) member states’ defense ministers held a meeting in Russia’s Moscow on December 9, according to the Azerbaijani Defense Ministry.

Chief of the International Military Cooperation Department of the Ministry of Defense, Major General Huseyn Mahmudov represented Azerbaijan at the meeting.

While delivering a speech, Major General Mahmudov updated on the crimes committed by Armenia against Azerbaijan over 30 years.

The official stressed that providing security and conducting reconstruction work in the liberated territories are the major tasks facing the Azerbaijani government.

He noted that the rebuilding activities on the liberated lands slowed down due to landmines planted by Armenian military formations.

Mahmudov also emphasized that 268 Azerbaijanis were killed and wounded in a mine explosion since the end of the Karabakh conflict.