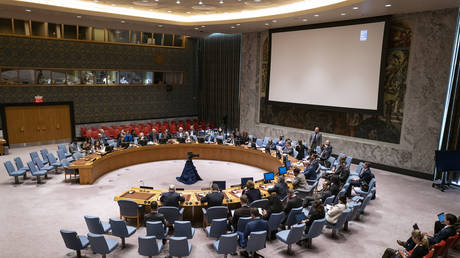 The Russian military is using precision weapons against Ukraine’s infrastructure to disrupt the flow of weapons the US and its allies are funneling to Kiev with the aim of prolonging the conflict, Moscow’s envoy to the UN Vassily Nebenzia said on Wednesday.

Addressing the extraordinary session of the UN Security Council, called over the collapse of the power grid in Ukraine and Moldova, Nebenzia said the Russian missile strikes are aimed at disrupting the delivery of weapons and supplies from the West to Ukrainian troops on the front, through which NATO is conducting “a proxy war against Russia.”

“As a result, missile debris or Ukrainian rockets that have gone astray hit objects that Russia did not even aim at,” he said, pointing to the photos shared on Wednesday by Ukrainians themselves, allegedly showing fragments of US-supplied rockets found in their damaged homes in Kiev and nearby Vyshgorod.

“Your reckless flow of weapons to Ukraine has caused these deaths,” he told the Western envoys at the Security Council. 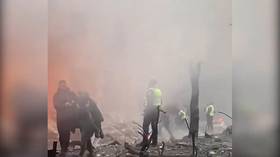 Nebenzia also noted the “hysterical and fully mendacious” statements coming from Kiev about the November 15 incident in Poland, when a Ukrainian S-300 missile killed two villagers in Przewodow. Yet the Western and even UN officials continue to uncritically repeat Ukrainian allegations, without evidence, he said.

One of Moscow’s objectives is to degrade the threat the Ukrainian military poses to Russia, and it will be pursued until Kiev adopts a more reasonable position, rather than the current language of threats and ultimatums, Nebenzia said.

Wednesday’s meeting featured a video statement by Ukrainian President Vladimir Zelensky accusing Russia of being a “terrorist state,” to which Nebenzia objected as violating the Security Council protocols on personal presence.

Zelensky was followed by US ambassador Linda Thomas-Greenfield, who accused Russian President Vladimir Putin of “clearly, clearly weaponizing winter” and trying to “freeze [Ukraine] into submission.” The US will continue to stand with Ukraine “for long as it takes,” added Thomas-Greenfield, as Kiev fights to “defend its freedom, its sovereignty and its democracy.” 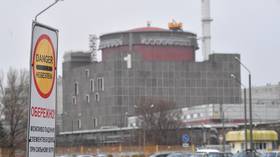 The Russian envoy also pointed out that the UN has looked the other way while Ukraine shelled the Zaporozhye nuclear power plant and even tried to blame Moscow for it. Russian troops have controlled the plant since February 28. In June, Ukrainian forces began launching drone and artillery attacks on the facility, according to the Russian Defense Ministry.