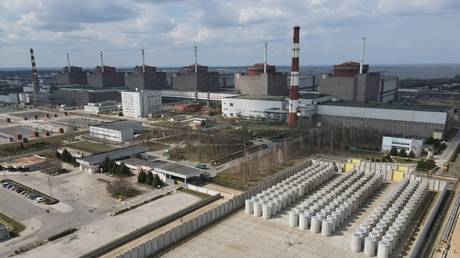 Claims by Ukrainian officials and a former US embassy employee about Moscow bombing the Zaporozhye nuclear power plant itself controls, in order to “steal” Ukraine’s electricity – published by the Wall Street Journal – make no sense, the Russian Foreign Ministry said on Tuesday.

Those quoted on the record include Mikhail Podolyak, adviser to Ukrainian President Vladimir Zelensky, and former “energy chief at the US embassy” in Kiev, Suriya Jayanti. The Journal also claims to have spoken with “plant workers, family members and colleagues who fled to safety” – meaning, Ukrainian-held territory.

Jayanti claimed that Russia wants to disconnect the ZNPP from Ukraine’s electrical grid in order to destabilize the global energy markets but also leave Kiev dependent on the EU, where electricity prices are skyrocketing – though she left out this is largely due to the anti-Russian sanctions. (RT)