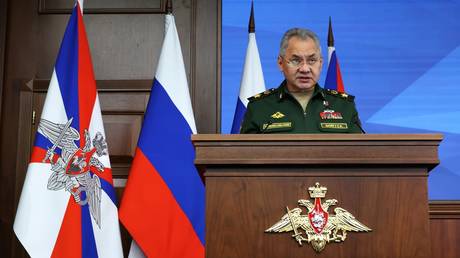 Russian Defense Minister Sergey Shoigu pointed to the presence of NATO staff officers and other specialists on the front lines in the ongoing conflict in Ukraine, on top of almost $100 billion worth of pledged weapons and supplies from the military bloc countries.

“Russia’s armed forces are presently facing allied forces of the West,” Shoigu said on Wednesday at a meeting of the top military commanders in Moscow. “The US and its allies supply the Kiev regime with weapons, train its soldiers, provide intelligence, dispatch advisers and mercenaries, and wage an information and sanctions war against us.”

Shoigu said NATO countries have so far expended more than $97 billion on weapons deliveries, in order to make up for what he described as “considerable losses” inflicted on the Ukrainian military by Russian forces. NATO “staff officers, artillery personnel and other specialists are present in the zone of combat operations,” the defense minister added.

More than 500 satellites are working to provide intelligence to the Ukrainian military, of which only 70 are purely military and the rest are dual-purpose, according to Shoigu. 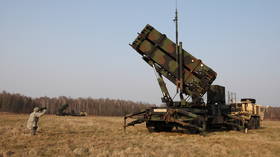 US reveals more details of Patriot handover to Ukraine

Multiple Western officials, from US President Joe Biden and NATO Secretary General Jens Stoltenberg on down, have said that they are backing Ukraine in order to weaken Russia and that Moscow must not be allowed to win – while insisting they are not a party to the conflict. The US military alone has committed $20 billion in “security assistance” to Kiev since February.

While the initial weapons shipments included small arms and portable anti-tank and anti-aircraft missiles, NATO countries have since sent Ukraine tanks, fighter jets, drones, rocket and tube artillery, as well as more complex air defenses. Russia has repeatedly warned the US and its allies that such shipments could lead to a direct confrontation between Moscow and NATO, and accused the West of prolonging the conflict and causing needless deaths in Ukraine. (RT)