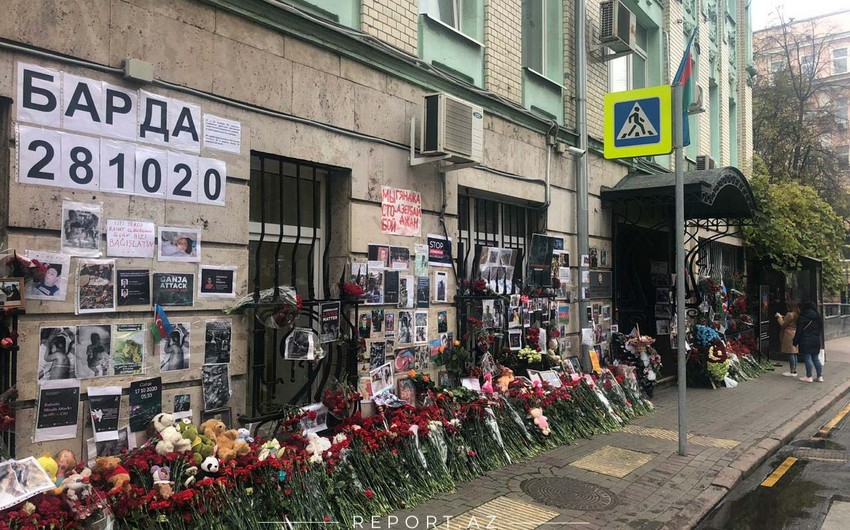 A stand with information about Azerbaijan and the Nagorno-Karabakh conflict has been set up in front of the Azerbaijani Embassy in Moscow today.

“Karabakh is not a disputed territory, but an integral part of Azerbaijan, historically and officially recognized by the whole world,” – the text says.
Report’s Russian bureau informs, stands, and posters with photographs and information about the terrorist attacks in Ganja and Barda, organized by the armed forces of Armenia, were displayed.

Residents of Moscow and the Azerbaijanis living in the Russian capital who have lost their relatives in these terrorist attacks come to the embassy and lay flowers in the victims’ memory.

In the period from September 27 to the present day, 91 civilians were killed and 400 wounded due to the rocket attacks of the Armenian armed forces on the peaceful cities of Azerbaijan.