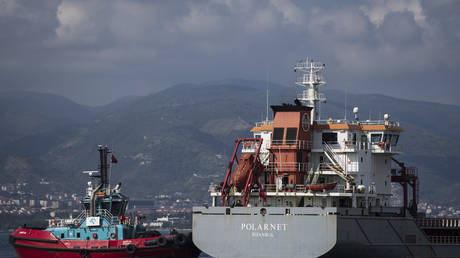 Russia’s Foreign Ministry has expressed doubt about the sincerity of Western countries’ global food security concerns, noting that grain-loaded ships from Ukrainian Black Sea ports are mostly heading to the West, rather than to starving African or Asian countries.

Speaking at a press briefing on Thursday, Ivan Nechaev, the deputy director of the ministry’s information and press department, said that “so far not a single ship with grain has reached the shores of the starving countries of Africa or South Asia.” (RT)