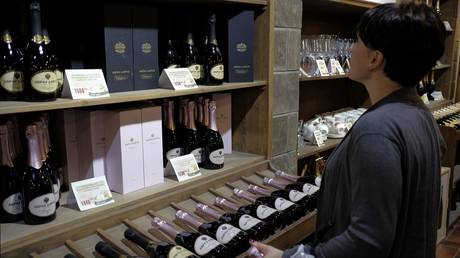 There are definitely healthier ways of dealing with loneliness and self-isolation. Nevertheless, many Russians – and countless others across Europe – are reaching for a reliable old crutch to pass the time under quarantine.

After all, some people aren’t cut out for yoga or running laps around their apartments. In Moscow, alcohol sales have increased by 148% and barbecue purchases have risen by 60% after the introduction of a strict partial lockdown to contain the spread of coronavirus. That’s according to the Ministry of Industry and Trade, which announced the news at a meeting of the working group of the State Council. In a sign of the times, it was held via videoconferencing.

Meanwhile, authorities in some other parts of Russia are feeling less tolerant of the rush to the bottle. In north-western Karelia, which borders Finland, alcohol will only be sold from 10am to 2pm as of Wednesday. On the other side of the country, authorities in far-eastern Yakutia have temporarily banned or limited sales in some towns and villages, following a spike in crimes committed by intoxicated locals. “During the weekend, drunken crime increased sharply and there are also human casualties, so I am guided by the interests of the majority of residents,’ regional head Arsen Nikolaev told news agency RIA Novosti.

A great many Russians aren’t working this week after President Vladimir Putin announced paid time off in an attempt to prevent further spikes in Covid-19 infections. Exceptions apply to key workers and those who can carry out their tasks from home. There were concerns that some people would see the period as a holiday and indulge in parties and other group activities. (RT)