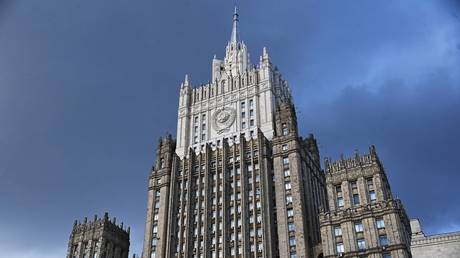 The building of the Ministry of Foreign Affairs of the Russian Federation in Moscow. ©  Sputnik / Evgeny Odinokov

The West is trying to create a quasi-judicial mechanism to uphold double standards, Russia’s Foreign Ministry says The building of the Ministry of Foreign Affairs of the Russian Federation in Moscow. © Sputnik / Evgeny Odinokov

Any tribunal formed by the West in an attempt to investigate Russia’s actions in Ukraine would not have any jurisdiction over Moscow, the Russian Foreign Ministry said on Friday, slamming Paris for backing the idea.

“The current attempt by Western countries to whip up a quasi-judicial mechanism is unprecedented in its legal nihilism and is yet another example of the West’s practice of double standards,” the ministry wrote in a statement published on its website. It added that “such a cabal will never have jurisdiction” over Russia.

The response comes after the French Foreign Ministry backed EU proposals for a “special tribunal” investigating Russia for “crimes of aggression” in Ukraine. Such a tribunal would try senior Russian officials, potentially including President Vladimir Putin, for alleged war crimes amid the ongoing military conflict between Moscow and Kiev.

The Russian Foreign Ministry said it is “outraged by the statement” and accused Western nations of trying to create another “politicized ‘judiciary’ body” which has “nothing to do with justice.”

“We never cease to be amazed at the cynicism of the French authorities,” the ministry wrote. It accused Paris of turning a blind eye to the “legal lawlessness of the Kiev regime,” its violent repression of “objectionable media” and “numerous documented war crimes” committed by its forces against the people of Donbass. 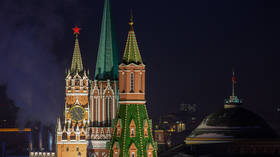 The ministry suggested that France should instead create a special tribunal for its own crimes committed “in the course of colonial wars, various punitive operations, interventions in various parts of the world.”

“The war crimes committed by the French […] have remained unpunished and deprive France of the moral right” to level accusations at other countries, the ministry said.

Moscow has repeatedly denied Western accusations of committing war crimes during its military offensive in Ukraine, insisting that Russian forces have not been targeting civilians.

Kremlin spokesperson Dmitry Peskov has said Russian investigators were, however, carefully documenting crimes committed by the Kiev regime since 2014 when a violent coup ousted a democratically elected government and Kiev sent its military to Donbass. Peskov said Moscow had not seen “any critical reaction from the so-called ‘collective West’” on those wrongdoings. (RT)