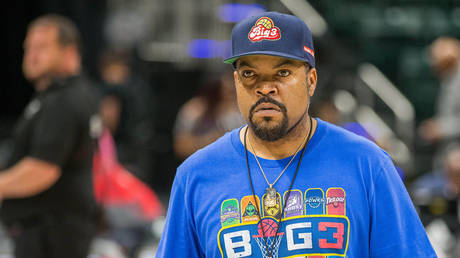 Joe Scarborough has slammed rapper Ice Cube for his work with the Trump administration, claiming his decision to consult on the ‘Platinum Plan’ automatically “associates” him with the president’s most controversial statements.

Discussing White House advisor Jared Kushner’s recent comments about black Americans doing well under Donald Trump only if they “want to be successful,” Scarborough set his sights on Cube’s widely-scrutinized meeting with Kushner.

The Trump critic said Ice Cube’s work with Kushner means he “associates himself” with a slew of the president’s most controversial remarks, including his comments on immigration from “s***hole countries.”

Despite his work with the White House, Ice Cube has been a frequent critic of the president and has made it clear that working with Kushner is neither an endorsement of Trump or the Platinum Plan. The rapper’s own plan to help black communities, called the Contract with Black America, was used to improve the Platinum Plan, which promises billions to black-owned businesses and designates the Ku Klux Klan as a terrorist organization, according to Kushner.

“It was a really in-depth and respectful policy discussion,” Kushner said on Monday of his meeting with Ice Cube. “There were some things we didn’t agree on. But there were a lot of things we did agree on. I think he helped make our plan better. And we appreciated it.” (RT)