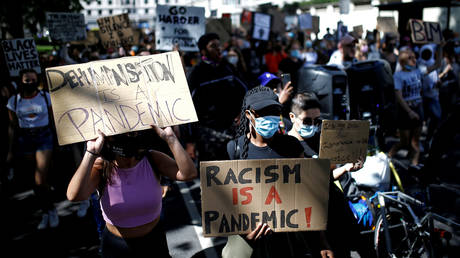 Some 55 percent of Britons think that the BLM wave of anti-racist demonstrations backfired and exacerbated racial tensions, a newly released poll conducted in October by Opinium found, based on a survey of more than 2,000 people.

Views on the controversial movement appear to also be split within ethnic minority groups, with 44 percent of people in those communities blaming BLM for intensifying the racial divide. (RT)