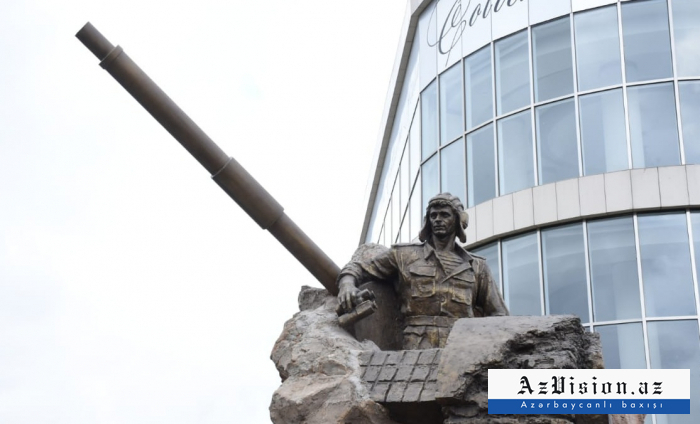 Monument to National Hero of Azerbaijan Albert Agarunov has been inaugurated in Baku on Nov.15.

Deputy Defense Minister of Azerbaijan Karim Valiyev, Israeli Ambassador to Azerbaijan Dan Stav, Chairman of the State Committee for Work with Religious Organizations Mubariz Gurbanli, Bayram Safarov, head of Shusha Executive Power, Head of the Community of Azerbaijan’s Mountain Jews, Milikh Yevdayev, representatives of the Organization for War, Labor and Armed Forces Veterans’ of the Republic of Azerbaijan, family members of Albert Agarunov, MPs and other guests have attended the opening ceremony.

A monument to the National Hero of Azerbaijan Albert Agarunov has been erected in the Narimanov District of Baku on the street bearing the name of the hero. The monument was created by sculptors Rahib Garayev and Zamik Rzayev.

Note, Albert Agarunov was born on April 25, 1969, in the village of Amirjan in Surakhani District of Baku. He was martyred on May 8, 1992, in the battle for Shusha.