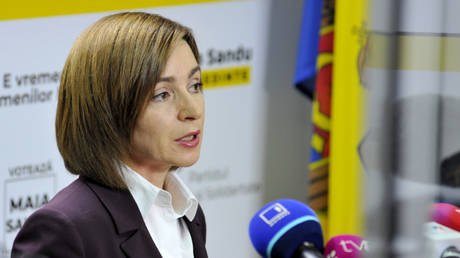 Moldovan President Maia Sandu has called on the Prosecutor General’s Office to conduct a fair investigation into the case against former President Igor Dodon, and to address alleged violations committed in the course of the investigation.

During a press briefing on Friday, the Moldovan leader said the prosecutors must thoroughly examine how the investigation against Dodon was conducted on Tuesday and the day before to determine how photos of the process were leaked to the press.

The former president, who led the country from 2016-20, was arrested by Moldova’s anti-corruption authorities on May 24 under suspicion of “passive corruption, illegal financing of political parties and illicit enrichment,” according to his lawyer. A day later, he was also charged with corruption and treason.

Read more:   Beijing condemns G7's meddling on Taiwan, after group's statement in support of its independence

Sandu has said the investigation against Dodon should be carried out with “maximum transparency,” expressing hope that “the prosecutor’s office does not engage in political games neither by orders nor on its own initiative, because this will lead to further discrediting of the prosecutor’s office, the justice system and our European future.” (RT)