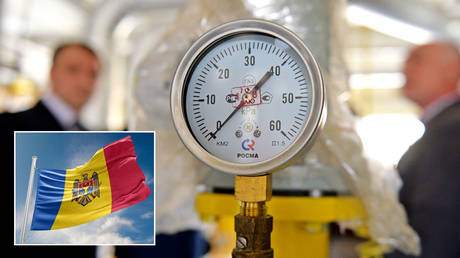 Moldova could soon deploy emergency measures to deal with a growing crisis in its energy sector, after Chisinau reported that negotiations with Russia’s state gas giant in an effort to get hold of more supplies were inconclusive.

“Today the government will hold a meeting, after which it will ask the parliament to declare a state of emergency in the country due to the gas crisis. This will allow bypassing certain procedures stipulated by the law in order to speed up the purchase of gas from alternative sources,” she said.

Gavrilita also commented on Chisinau’s efforts to secure an expanded deal with Russian gas giant Gazprom, saying that the negotiations were inconclusive and “there is no confidence” that an agreement will be made.

Last week, the country’s Deputy Prime Minister Andrei Spinu revealed that Moldova was looking to make deals with Romania, Ukraine and Russia in order to curb the current crisis, which is seeing consumption overtake imports. On top of this, Moldova’s problem of lack of gas deposits means it needs to import all of the gas it requires.

Moldova and Gazprom have made little progress in extending their agreement because of qualms over the proposed price of $790 per 1,000 cubic meters. Chisinau has insisted it will hold out for a better deal, despite the cost being cheaper than buying from the EU’s reserves. The current contract, which sees gas prices at $200 per 1,000 cubic meters, expired at the end of September. A temporary one-month extension, at the higher spot price, was agreed upon while negotiations continue. (RT)