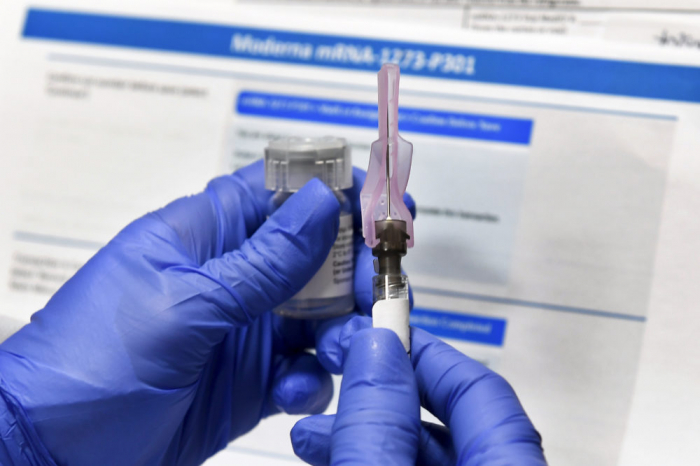 US biotech firm plans trials of a booster shot against the virus strain first discovered in South Africa as precaution.

Moderna has said it believes its COVID-19 vaccine is effective against new variants of the coronavirus, although it will test a new booster shot aimed at the strain discovered in South Africa after tests showed the antibody response could be reduced.

The United States-based biotech company said in a press release on Monday that the move was out of “an abundance of caution” after preliminary lab tests suggested its shot produced a weaker immune response to that variant.

“We are encouraged by these new data, which reinforce our confidence that the Moderna COVID-19 Vaccine should be protective against these newly detected variants,” said Stephane Bancel, Moderna’s CEO.

“Out of an abundance of caution and leveraging the flexibility of our mRNA platform, we are advancing an emerging variant booster candidate against the variant first identified in the Republic of South Africa into the clinic to determine if it will be more effective to boost titers against this and potentially future variants.”

Vaccine manufacturers have been testing their shots against the mutated strains including two that first emerged in the United Kingdom and South Africa. To study the effect of the existing vaccine, called mRNA-1273, Moderna took blood samples from eight people who had received two doses of the vaccine and two primates that had also been immunised.

For the B.1.1.7 variant, first identified in the UK, there was no impact on the level of neutralising antibodies – which bind to the virus and prevent it from invading human cells – that were produced by the shots.

But for the South African variant, B.1.351, there was a sixfold reduction in the neutralising antibody level.

Even so, it remained above the quantity that was shown to be protective in earlier tests on primates that were infected on purpose.

The company, which carried out the studies with the National Institutes of Health, has submitted the study to a preprint server so it can be analysed by the wider scientific community.

Dr Ali Fattom, senior vice president of vaccines research at BlueWillow Biologics and an adjunct associate research professor at the University of Michigan, told Al Jazeera that the study appeared to show the virus variants would not “escape” the vaccines that are currently being rolled out.

“We are not losing the protective efficacy of the vaccine because of these variants. They are variable in their level of protection, but still we are protected against them, so there is no issue with regards to ‘vaccine escape’ in this case,” he said.

“It means that you may need a stronger immune response to tackle this virus, but still the virus is susceptible to the immune response. There is some kind of resistance. The efficacy might not be 90 percent, it could be going down to 70 percent,” he continued.

Dr Fattom noted that the variants would be covered by other vaccines that produce a similar immune response as the Moderna shot.

“The immune response that the Moderna vaccine induces is similar to other vaccines. Therefore any good news from one place is good news for the others,” he said.

Dr Paul Offit, an infectious disease expert at the University of Pennsylvania and a member of the US Food and Drug Administration’s vaccine advisory panel, said that he was  only mildly concerned that the vaccine would not be protective against the variants, the news agency Reuters reported.

“It is a little worrisome that you see a lesser neutralising antibody response, but that doesn’t necessarily mean that you are unprotected,” he said, noting that even these lower levels may still be enough to protect against serious infections.

Tomorrow the Azerbaijani people will with great sorrow commemorate the 29th anniversary of Khojaly genocide,…