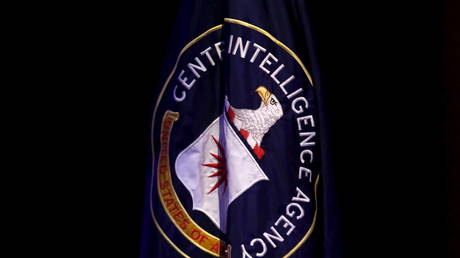 The Central Intelligence Agency (CIA) flag is displayed on stage during a conference on national security entitled "The Ethos and Profession of Intelligence" in Washington October 27, 2015. © REUTERS/Yuri Gripas

The US and some other Western nations held up as “models of liberal democracy” are rapidly turning into totalitarian regimes reminiscent of the Soviet Union, the head of Russia’s Foreign Intelligence Service has claimed.

Speaking on Thursday at the Moscow Conference on International Security, Sergey Naryshkin claimed that there are “almost all signs of a totalitarian dictatorship” in some Western countries, including a “monopoly on the media,” the “police nature of the state,” and the “irremovability of oligarchic elites.”

“It is astonishing to see how the West is trying to divide our diverse world into two completely artificial camps – a supposedly democratic one and a supposedly authoritarian one,” Naryshkin said, noting Russia, China, and Iran have been placed into the second camp, along with NATO ally Turkey and, on some issues, EU member state Poland. (RT)