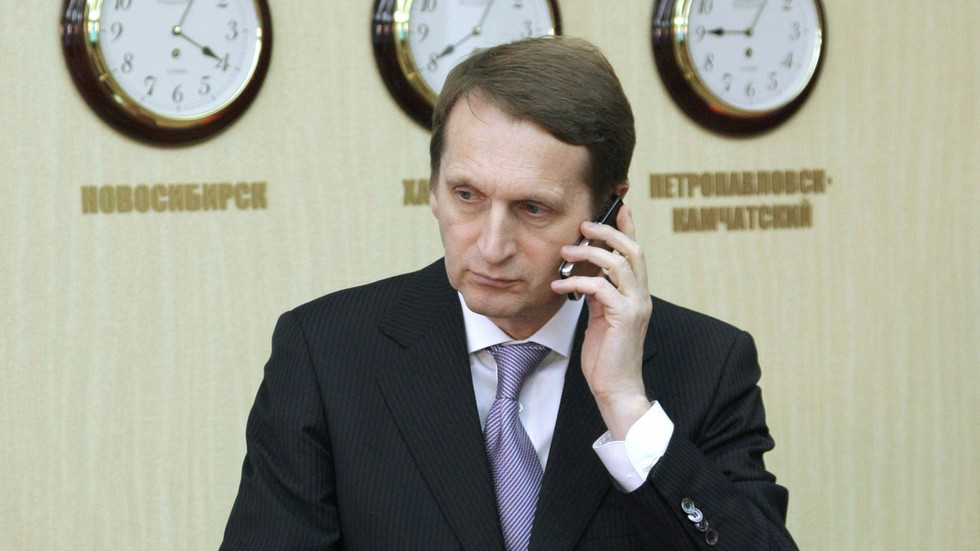 Spies are tremendously tech-savvy today, according to the Russian intelligence chief, who said he doesn’t use mobile phones or internet while at the office. Guess which (old-school) gadget is the only exception?

Sergey Naryshkin, the head of Russia’s Foreign Intelligence Service (SVR), went public to unmask some little-known details of modern spycraft. “Today, it’s hard to do anything without a mobile phone, social media or cashless payments – we do use all forms and instruments of intelligence activities,” Naryshkin told Rossiya 1.

But forewarned is forearmed, the intelligence chief said, explaining why he’s wary of those gadgets. “Once I’m at the office, I switch my [mobile] phone off and take it away to a remote room,” Naryshkin revealed.

You know, even walls have ears. Well, the walls are secure, but electronic communications – you have to be very, very careful about it in terms of intelligence activities.

Although Naryshkin noted his working space “doesn’t have ears,” he said he goes online only outside the office. That said, high-ranking intelligence officials are immune from internet addiction for security reasons, but what about watching TV?

Read more:   Putin warns Russia will not play football at the Olympics for decades if clubs go ahead with plan to axe limits on foreign players

The television is the only device allowed in the top-tier office, according to Rossiya 1. “It’s secure [against wiretapping]. It doesn’t matter, it’s secure.” (RT)