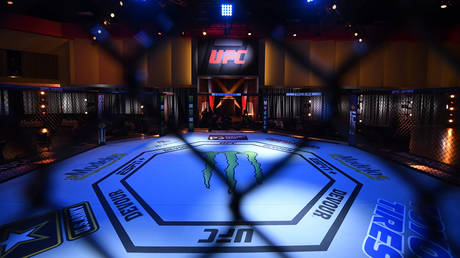 A man who was successfully sued by the UFC in a $32 million lawsuit has ended his silence in damning style, calling the multibillion-dollar promotion’s chiefs ‘old ass bozos’ and distancing himself from his own public apology.

New Yorker Steven Messina was prosecuted by the UFC over the distribution of an estimated 200 hours of content in 2014, streaming events watched by fans unwilling to pay subscription and pay-per-view fees that have now risen to an annual ESPN charge of almost $85 and a fee nearing $65 for individual events.

He appeared to have issued a groveling apology for uploading at least 124 UFC events to sites including The Pirate Bay and KickassTorrents, settling with the claimants after they pursued copyright damages of $18.6 million and a range of further payments.

Now Messina has strenuously defended his actions, calling the apology “bogus” and claiming that UFC president Dana White and other bosses owe him their gratitude for giving their events another platform and helping them to reach hard-up audiences.

“I never publicly apologized, nor was I ever sorry,” Messina told Torrent Freak, explaining that he took “pride” in helping “the many” and uploaded content from other promotions whose stars later joined the UFC.

“The UFC simply wanted [my lawyer] to sign a contract that would let them release an article of ‘me apologizing’ on FOX Sports’ website.

“Basically, ‘We’ll drop this if you let us write a bogus story about you to the public’ is what they were saying.

“No-one got hurt and other people still made money. Regardless of what they say, they didn’t lose money. That’s simply an archaic, bullsh*t mindset.”

Messina told the site that he “caved just to get it over with” but only paid his lawyer, never surrendered his equipment to the UFC and did not issue a personal apology.

Also on rt.com ‘I have this thing figured out’: Dana White lifts the lid UFC’s ‘expensive’ return to action next month

He is said to be particularly aggrieved by part of the attributed statement in which he accepted the “harm caused” and warned others of the perils of piracy.

“Whoever wrote this can kiss my ass,” he said. “Are you trying to tell me that people who can barely pay their bills should not be able to show support for your product if they so choose?

“You know who caused harm? The UFC did… to themselves. They went after a sick, disabled young man without a penny to his name who loves and supports the product.

“How does that make them look? It’s no wonder they were so desperate to put out that article to FOX Sports of me admitting I ‘did wrong and apologized’.

“The UFC’s legal team needs to learn about the internet a little more and how it works, but it seems they have some old ass bozos…who also suffered from a failed legal ideology.”

Also on rt.com Khabib is worth $100 MILLION says father Abdulmanap… which would pit Russian champ against McGregor as UFC’s cash king

White, who is thought to be worth $500 million and has estimated the UFC’s value as being at least $7 billion, had launched a scathing attack on pirates two years before the settlement with Messina.

“People are getting busted and it’s real,” he told MMA Fighting, recounting the story of a bar owner in Canada who he said had persuaded him to make lawyers “go easy” over a lawsuit after sending him pleading messages on Twitter.

“The same f*cking guys who are saying ‘why would you sue the fans?’ are going, ‘you should pay the fighters more.’ How the f*ck do you think this thing works?

“You’ve got these guys out there saying that they think it’s OK to steal our sh*t on the internet.

Also on rt.com ‘This is an insult’: Saudi-led takeover of Premier League club Newcastle United must be BLOCKED, says UK politician

Sports content piracy has continued to be a hot topic since White’s words, most recently when the World Trade Organisation found that high-level figures in the Saudi state had facilitated the operations of the pirate network BeoutQ, which illegally broadcasts Premier League matches and other major sporting events.

Saudi Arabia has appealed against the ruling, which is thought to have been one of the reasons why the Saudi Public Investment Fund’s $370 million takeover of Premier League club Newcastle fell through after months of uncertainty last week.

Messina added that he no longer pirates UFC events and has adopted a less “cocky” approach to internet security than he took as a 27-year-old, using protection and encryption when he is online. (RT)