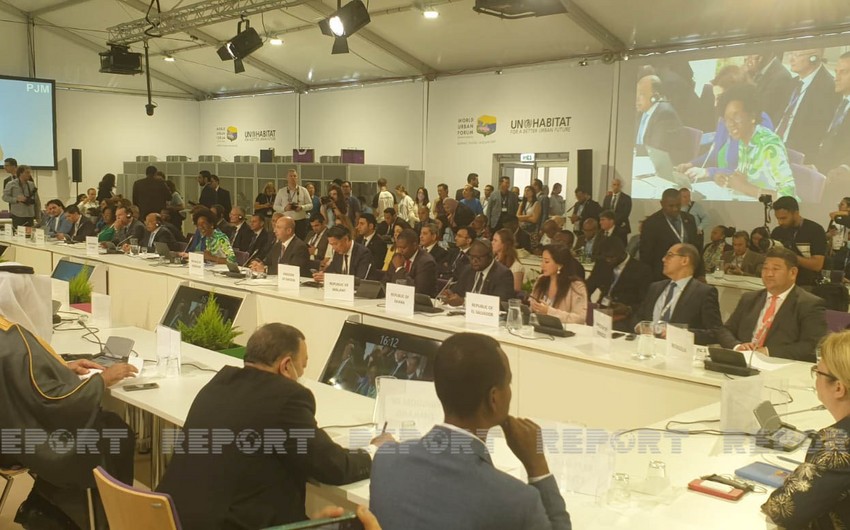 As part of the XI session of the World Urban Forum held in the Polish city of Katowice, a ministerial round table meeting has been held, during which the participants shared the experience of their countries in the field of urban development, exchanged views on the main challenges in this area, Report informs.

Minister of Funds and Regional Policy of Poland Małgorzata Jarosińska-Jedynak, who opened the meeting, noted that cities are the most vulnerable to the challenges of climate change, and Poland is taking the necessary measures to avoid these consequences. She stressed that special attention in this regard should be given to small cities and towns and the creation of a local development program for such cities.

Chairman of the United Nations Economic and Social Council (ECOSOC) Collen Vixen Kelapile spoke about the work of his structure, emphasizing that very important messages for urban development were voiced during the forum.

Executive Director of the United Nations Human Settlements Program (UN-HABITAT) Maimunah Mohd Sharif, in turn, noted that the World Urban Forum is being held in Central and Eastern Europe for the first time.

She said that one of the main topics of discussion will be a new urban development plan, the creation of sustainable urban areas.

“We have gathered to share our experiences and ideas. The city is our environment, which gives home to half of the people of the globe,” she added.

Another 236 mines found in liberated territories of Azerbaijan

Archaeologists have unearthed the remains of a 4,500-year-old temple dedicated to the Egyptian sun god…