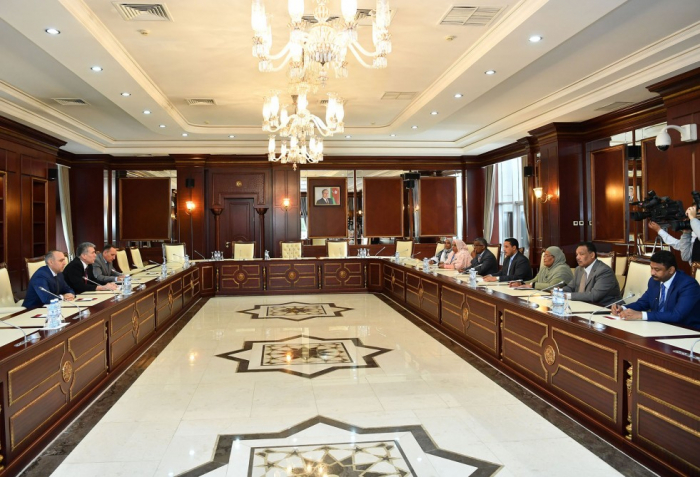 The Sudanese minister noted that his country attaches great importance to bilateral relations with Azerbaijan. He hailed prospects for cooperation in trade, economic, and humanitarian fields, underlining Sudan’s keenness to expand cooperation with Azerbaijan in energy and agricultural areas as well.

Minister Elnour Ahmad noted that Sudan has always supported Azerbaijan’s fair stance and stands for the peaceful settlement of the Armenia-Azerbaijan Nagorno-Karabakh conflict.

First Deputy Speaker of the Milli Majlis Ziyafat Asgarov said meetings held with Sudanese counterparts on the sidelines of international events contribute to the deepening of interparliamentary relations between the two countries.

Ziyafat Asgarov noted that the fruitful cooperation in a bilateral format as well as within international organizations, including the UN and the Organization of Islamic Cooperation gives an impetus to the development of bilateral relations between the two countries. He expressed hope that cooperation with Sudan will continue expanding in economic, cultural, and humanitarian areas.

On September 29, a delegation led by the First Deputy Minister of Defense – Chief…

11:54 Armenian PM: ‘Our allies refused to provide us with weapons and ammunition worth hundreds of millions of dollars’