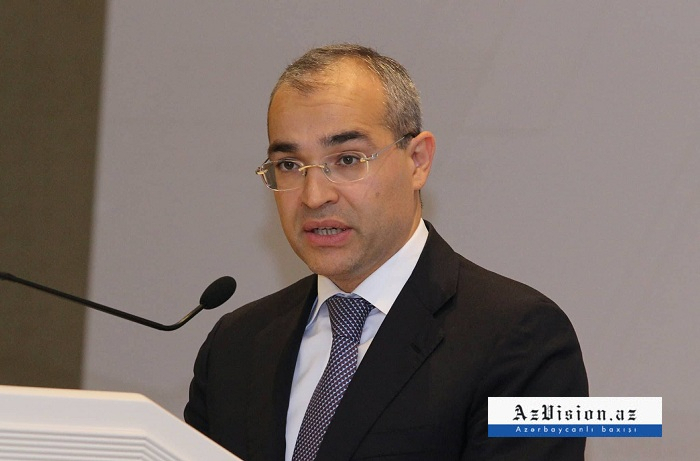 The projects implemented jointly with the European Bank for Reconstruction and Development (EBRD) are important in terms of sharing best practices in Azerbaijan, as well as promoting economic diversification, Minister of Economy Mikayil Jabbarov said on Twitter.

Jabbarov said that at his meeting with EBRD Managing Director for Eastern Europe and the Caucasus Matteo Patrone and the Regional Director for the Caucasus Catarina Bjorlin Hansen, implementation of the Green City program in Ganja and the possibility of implementing similar projects in other cities of Azerbaijan, as well as the possibility of the bank’s participation in the implementation of investment projects in the Azerbaijani territories liberated from the Armenian occupation [in the 2020 second Karabakh war] were discussed.

As the minister earlier said, Azerbaijan is successfully cooperating with the EBRD, and in the first half of the year, the EBRD has invested more than three billion euros in the Azerbaijani economy upon 177 projects.

Electricity consumption in Azerbaijan to increase by 4.5% this year, says minister