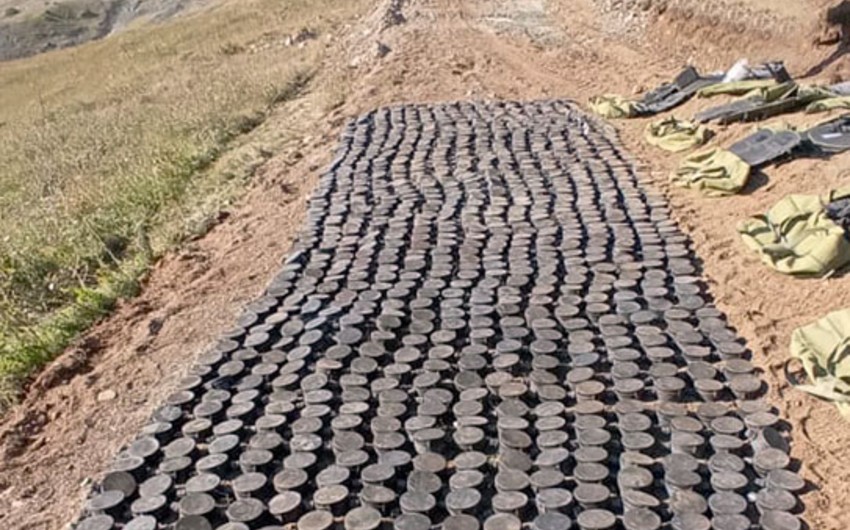 An anti-personnel minefield buried by illegal Armenian armed groups was discovered in the eastern part of the Lachin district, in the northwest of the Saribaba hill, Report informs, citing the Azerbaijani Defense Ministry.

The area was explored by units of the Engineering Corps of the Azerbaijani Army. The discovered mines were neutralized by a specially trained team.

On August 15, within one day, 991 PMN-E type anti-personnel mines were removed from the area, transported and disposed of in compliance with safety regulations.

All the mines discovered in this area were produced in Armenia in 2021, after the Second Karabakh War.