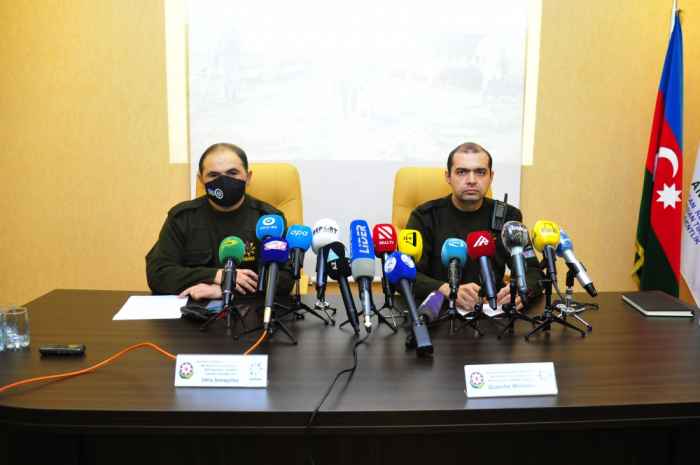 Citizens shouldn’t haste to visit the territories liberated from the occupation, Director of the National Agency for Mine Action of Azerbaijan (ANAMA) Gazanfar Ahmadov said on Nov.30.

“We ask the population to refrain from trips to these territories yet. One shouldn’t go there bypassing the police posts, it’s dangerous,” he added.

Director of ANAMA said: “535 people were killed and 2,418 were injured as a result of mine explosions between 1999 and 2020. ANAMA holds regular awareness raising events to prevent such incidents. 195 trainings for 3,635 teachers were held in 1,200 schools in 26 cities and districts together with the Ministry of Education. Every year, 55,000 students are involved in explosive ordnance awareness classes in secondary schools. So far, 765,000 students have been involved in these classes.”

Saying that part of our territories was contaminated with unexploded ordnances during the second Karabakh war, which lasted from September 27 to November 9, the head of ANAMA said that this could lead to the death and injury of many civilians.