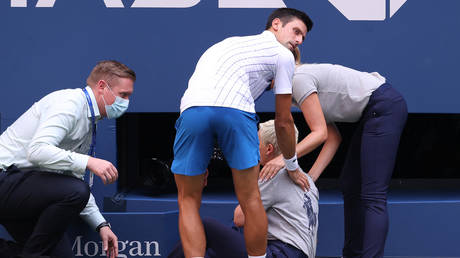 Djokovic infamously struck a line judge with a ball at the US Open. © Getty Images

The tennis world number one has a list of scandals that goes far beyond his current Australian fiasco Djokovic infamously struck a line judge with a ball at the US Open. © Getty Images

Novak Djokovic is in the headlines again because of his Australian Open vaccine exemption row – but as we explain, this isn’t his first rodeo in a career filled with controversies.

Disqualification from the US Open

At Flushing Meadows in 2020, Djokovic was disqualified as he trailed Pablo Carreno Busta 6-5 in the first set of their fourth-round meeting.

Smacking a ball behind himself in anger, Djokovic hit the line judge in the neck and had a 29-match winning streak brought to an abrupt end in shocking fashion.

Djokovic disqualified from the US Open for hitting a line judge in the face with a tennis ball pic.twitter.com/mpafwm1ODL

Top-seeded Novak Djokovic was defaulted from his fourth-round match at the #USOpen after he accidentally hit a line judge with a tennis ball Sunday. pic.twitter.com/TTstxZB2Jw

Holding his hands up later, Djokovic admitted at a press conference that he was in the wrong but couldn’t “promise” or “guarantee” that “I will never ever do anything similar to that in my life.” 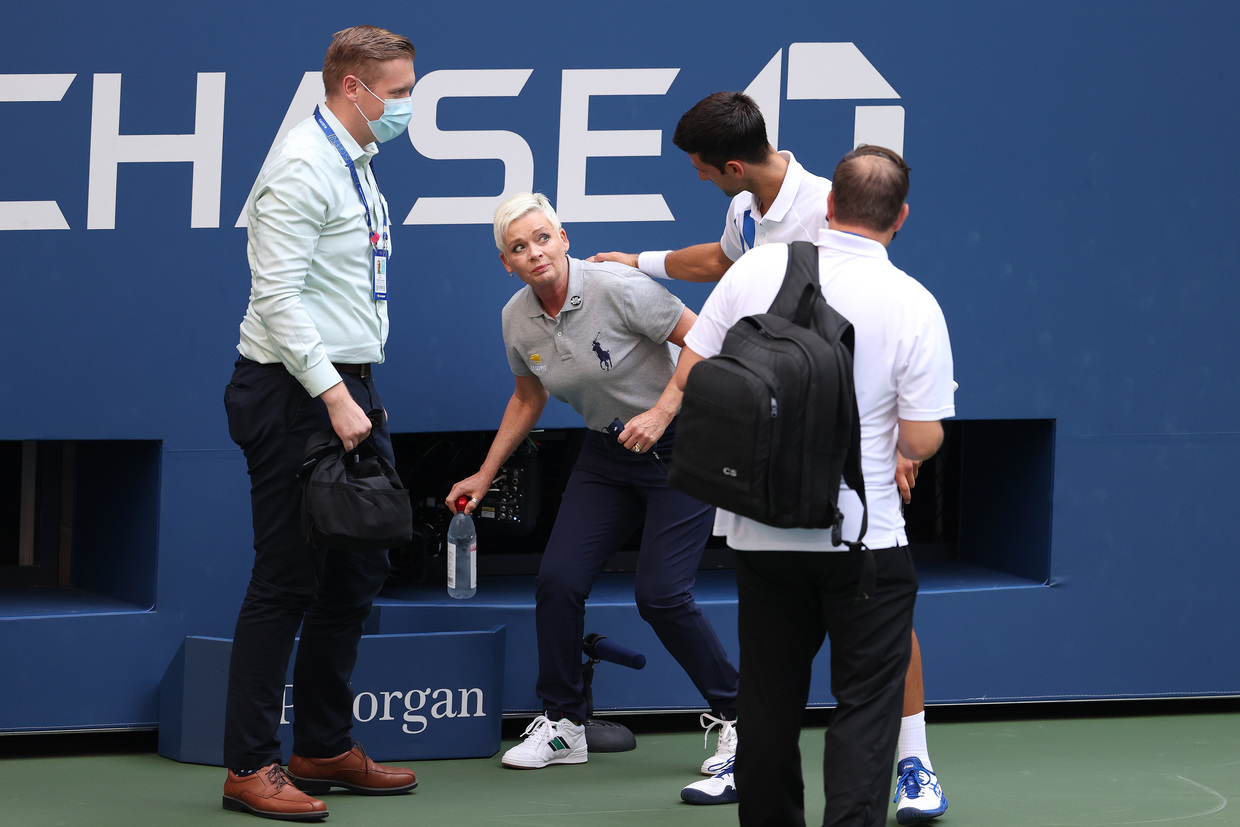 Djokovic hit the judge before being kicked out of the US Open. © Getty Images

On Instagram, though, Djokovic took on a much more contrite tone and claimed that “this whole situation has left me really sad and empty”.

“I‘m extremely sorry to have caused her such stress. So unintended. So wrong. I’m not disclosing her name to respect her privacy,” said the star.

“As for the disqualification, I need to go back within and work on my disappointment and turn this all into a lesson for my growth and evolution as a player and human being,” Djokovic stressed, while apologizing to the US Open, which he has won four times, and everyone “associated [with] my behavior”.

As most nations began to emerge out of a coronavirus-imposed lockdown, Djokovic was “extremely happy” to announce the Adria Tour put together by him and his family, with “absolutely all income” going to humanitarian organizations and local Covid regulations and rules followed and adhered to.

Scheduled to take place in five Balkan cities across a three-week period, the exhibition event courted controversy as soon as its first leg in his hometown of Belgrade, where Djokovic faced fellow Serb Viktor Troicki, saw a majority-maskless crowd of 4,000 punters filling the stadium for an event eventually won by Austria’s Dominic Thiem.