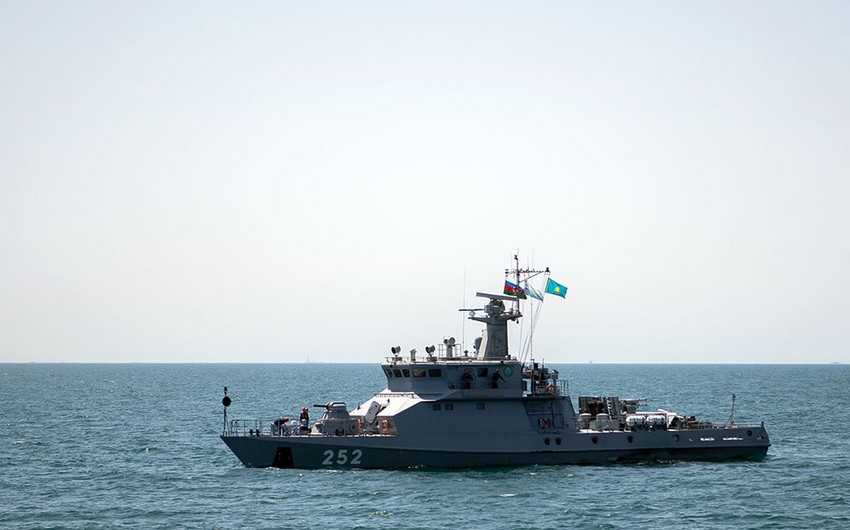 During the “Sea Cup” contest held as part of the “International Army Games-2022” in the territorial waters of Azerbaijan in the Caspian Sea, military seamen accomplished the tasks on the “Artillery shooting at sea target” episode of the “Conducting artillery shooting” stage, Report informs, referring to the Ministry of Defense.

According to the terms of the episode, artillery firing was carried out on small-sized naval targets located at a distance of 3000 meters. The crews of artillery installations were given 40 shells to destroy the target.

During the fulfillment of the tasks, a specially installed ship’s board was used as a naval target.