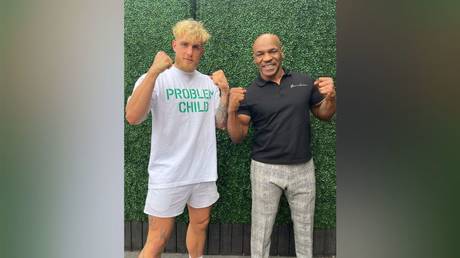 Mike Tyson commented on reports he would be facing Jake Paul. © Instagram @jakepaul

The heavyweight boxing legend claims to have no knowledge of the potential bout with the YouTuber Mike Tyson commented on reports he would be facing Jake Paul. © Instagram @jakepaul

British newspaper The Sun claimed that camps representing the pair were in “advanced talks” to get an agreement over the line.

According to a source, both fighters were “on board” and a verbal deal had already been struck with only the particulars of their contracts and the purse split to hash out.