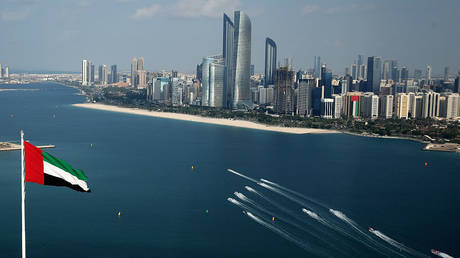 Citizens of the United Arab Emirates now wield the globe’s most powerful passport, enjoying easy visitor access to all but 9% of the world’s countries, according to the latest Passport Index ranking by Canadian financial advisory firm Arton Capital.

The UAE-issued document surpassed the likes of those from Germany, Sweden and Luxembourg to claim the top spot, Arton reported on Wednesday. Holders of a passport from the federation of sheikhdoms in the Persian Gulf have visa-free access to 121 countries and can obtain a visa upon arrival in 59 other states, giving them a combined mobility score of 180, up from 160 a year ago, according to Montreal-based Arton.

The oil-rich Emirates, which include Dubai and Abu Dhabi, previously ranked as the top Middle East nation in the Passport Index. It’s also home to the most multinational corporate headquarters in the region.

The UAE has forged several key trade and diplomatic agreements in recent years, including normalization of relations with Israel in 2020. It has attracted thousands of expatriates through a new remote-worker visa program that was launched last year. 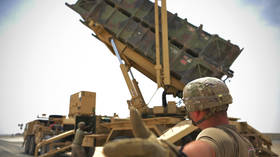 European nations held 10 of the top 11 spots in the Passport Index rankings, with only the UAE slipping ahead of them. Germany and other EU states have visa-free access to more countries, but the UAE surpasses them when it comes to eligibility for visa issuance upon arrival.

German passport holders, for instance, have visa-free access to 127 states and visa upon arrival in 46 countries, for a combined mobility score of 173. Sweden, Finland, Luxembourg, Spain, France, Italy, the Netherlands, Austria and Switzerland also boast mobility scores of 173.

Russia’s mobility score of 123 ranks at No. 87 in the Passport Index, with visa-free access to 78 countries and visa upon arrival in 45. Moscow’s mobility score has increased by 22% in the past year and is at its highest level in at least seven years, according to Arton Capital. (RT)