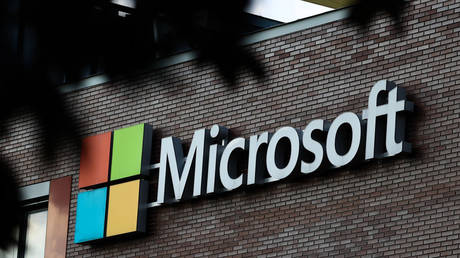 The US tech giant will axe 10,000 employees by the end of March amid concerns over global economic slowdown © Getty Images / NurPhoto / Contributor

Microsoft announced on Wednesday it will eliminate 10,000 jobs worldwide, almost 5% of its workforce, and take a $1.2-billion charge as global growth is slowing down.

In a note to employees seen by Reuters, the company’s chief executive Satya Nadella said the layoffs would conclude by the end of March, with notifications beginning Wednesday.

According to the CEO, the company was grappling with a slump in the personal computer market as customers that were accelerating their spending on digital technology during the pandemic are now trying to “optimize their digital spend to do more with less.”

“We’re also seeing organizations in every industry and geography exercise caution as some parts of the world are in a recession and other parts are anticipating one,” Nadella wrote.

Read more:   US pulling troops out of northern Syria

He added, however, that Microsoft will continue to hire in key strategic areas, emphasizing the importance of building a “new computer platform” using advances in artificial intelligence.

Microsoft’s jobs-cut announcement follows similar ones from other big tech companies amid rising concerns of a global slowdown.

Amazon said earlier it will be slashing about 18,000 positions while Facebook parent Meta is laying off 11,000, about 13% of its workforce. Twitter’s new CEO Elon Musk has recently also slashed the company’s workforce.