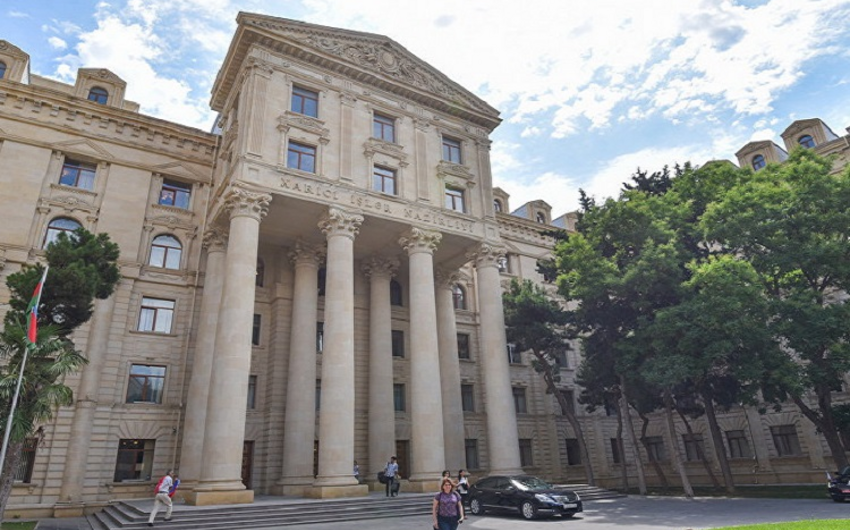 According to the Azerbaijani Defense Ministry, on May 27 this year, a reconnaissance and sabotage detachment of the Armenian Armed Forces, consisting of two groups, attempted to cross the Armenia-Azerbaijan state border in the direction of the Yukhari Ayrim settlement of the Kalbajar district, carry out reconnaissance and sabotage operations on the territory and carry out provocative and terrorist activities aimed at mining roads. This group was discovered, some of them fled, 6 people (2 from one group, 4 from the second) were disarmed by the Azerbaijani army and detained, reads the statement of the Azerbaijani Foreign Ministry, Report informs.

“The Armenian side has been pursuing a policy of deliberately increasing tension between the two countries in the border zone. The Armenian reconnaissance group’s crossing into the Azerbaijani territory and attempts to mine territories and other sabotage attempts are regarded as provocative and terrorist activities.

While Azerbaijan faced the problem of mined territories planted by Armenia for many years, the attempts of the sabotage group of Armenia to once again mine the roads could be a serious danger for the Azerbaijani military, and in the future for civilians.

Azerbaijan is a supporter of eliminating tension on the Armenia-Azerbaijan state border by negotiation, and supports the calls of the international community in connection with the delimitation and demarcation of borders between the two countries.

Another brawl between locals on Kyrgyzstan-Tajikistan border

A conflict broke out between Kyrgyz and Tajik residents on the Kyrgyzstan – Tajikistan border,…

The government says it wants to increase the independence of asylum seekers FILE PHOTO: Employees…