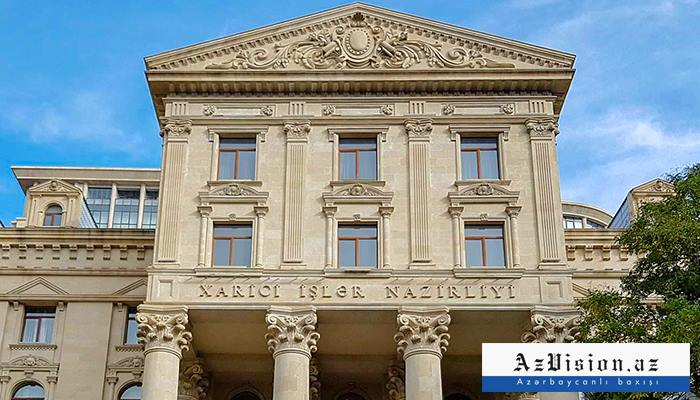 The Azerbaijani Foreign Ministry spokesperson, Leyla Abdullayeva, on Thursday commented on the allegations by some foreign media outlets as if “militants deployed from Syria to Azerbaijan”.

“In recent days, we have been witnessing a smear campaign full of lies and slander in some foreign media that as if “militants from Syria being deployed to Azerbaijan”,” Abdullayeva said, noting that there is no doubt that Armenia is behind these allegations, which are not based on any facts and are spread in the form of interviews with fictitious people.

She pointed out that the aim of this smear campaign is to attempt to compensate for the negative international public opinion created by Armenia’s recent relocation, in a demonstrative way, of representatives of terrorist organizations from the Middle East to the occupied territories of Azerbaijan, which is a gross violation of international humanitarian law.

There are numerous facts on the use of terrorist groups and mercenaries in military operations during the occupation of the Nagorno-Karabakh and surrounding regions of Azerbaijan by Armenia, Abdullayeva said, adding. “At present, the Armenian leadership continues this policy and widely uses extremist elements against Azerbaijan as part of its new act of aggression. Thus, Armenia’s plan to create “voluntary militant groups” to be used for military purposes is aimed at using the “services” of terrorists who have been moved to Armenia from the Middle East for years.”

“Unlike Armenia, which has been, over the years, experiencing a severe demographic crisis and as a result of which it has not able to equip its armed forces, Azerbaijan has fully-fledged armed forces, and these armed forces are so professional and strong that no external forces, especially irregular groups, are needed to achieve the set goal.”

She noted that these bogus claims are incompatible from a military-technical point of view, as they lack simple logic.

“Various sources claim that several hundred mercenaries were allegedly brought to Azerbaijan. Then such a question arises; In the context of a possible clash of two regular armies, can a small number of irregular groups change the balance of forces? Of course, those who spread misinformation are not able to answer this question.”

“Once again, we categorically reject these ugly allegations against Azerbaijan and emphasize that the Azerbaijani Army does not need any outside forces to ensure its territorial integrity within its international borders,” Abdullayeva concluded.