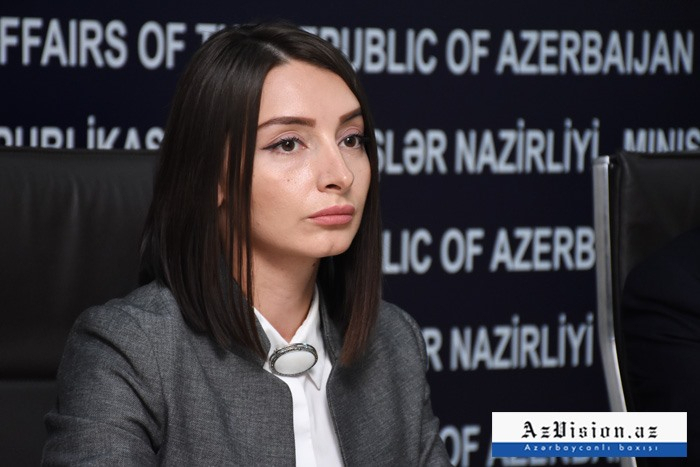 “The President of Azerbaijan Ilham Aliyev once again exposed the aggressive policy of Armenia which is governed by Nazi ideology, the fake democracy of this country, which violated the fundamental rights of more than a million people by occupying the internationally recognized territories of the neighbouring country with concrete facts while answering the questions of the local media”, Leyla Abdullayeva said.

“The Armenian Foreign Ministry blames Azerbaijan in introducing Armenia as a “useful enemy”. It is noteworthy that Armenia has earned its enemy image for keeping the Azerbaijani territories under occupation for nearly 30 years and its aggressive policy which is being condemned by the entire world. Also, the failure of internal policy of the Armenian government as well as its foreign policy which continues military occupation, clearly shows that it is hostile to the present and future of its people”, Abdullayeva noted.

The Azerbaijani Foreign Ministry has always called for substantive talks on the settlement of the Armenia-Azerbaijan Nagorno-Karabakh conflict and demanded that the OSCE Minsk Group co-chairs to take a firm stand on the aggressor Armenia to achieve the solution to the conflict as quickly as possible. “Azerbaijan’s position on this issue remains unchanged,” she added.