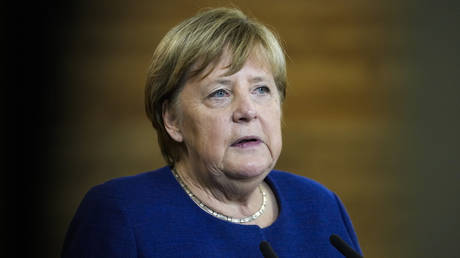 Germany’s former chancellor, Angela Merkel, has said she does not regret her decision to sign natural gas deals with Russia during her 16 years in power, arguing that Moscow has long been a “reliable energy supplier” and offers lower prices than its competitors.

Speaking to reporters at an event in Lisbon, Merkel explained that Germany has long sought to move away from coal as an energy source, and that Russian natural gas was the best available option as Berlin aimed to eventually “arrive at CO2-free forms of energy.”

“From the perspective of that time, it was very rational and understandable to obtain pipeline-bound gas from Russia, which was cheaper than LNG [liquefied natural gas] from other parts of the world,” she said on Thursday, adding that “Even during the Cold War, Russia was a reliable energy supplier.”

Former German Chancellor Angela Merkel reaffirmed she does “not regret decisions at all” on Russia policies. It was “very rational and understandable” to obtain pipeline-bound gas from Russia, she told journalists in Lisbon. pic.twitter.com/KuPFyH3g7N

After taking office in 2005, Merkel presided over two major gas deals with Moscow, both intended to funnel energy directly into Germany from Russia through the Nord Stream 1 and later Nord Stream 2 pipelines, which bypassed transit states such as Ukraine and Poland. 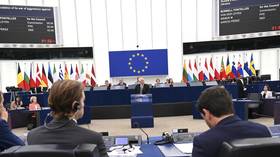 However, Nord Stream 2 never became operational, as Merkel’s successor, Chancellor Olaf Scholz, paused the project’s certification just days before Russia sent troops into Ukraine in late February. Nord Stream 1 ceased deliveries in August amid mounting tensions between Russia and the West, and while Russian officials cited the inability to safely operate the route due to sanctions, Berlin suggested the decision was political.

Portions of both pipelines were severely damaged by mysterious underwater explosions last month – after President Vladimir Putin stated on several occasions that Russia could start gas deliveries via Nord Stream 2 without delay, if the EU were to give the green light.

The cause of the blasts remains unclear, though Russia has deemed the incident a terrorist attack, observing that the United States would stand to benefit from the destruction. US Secretary of State Antony Blinken, for his part, cheered the incident as a “tremendous opportunity” for Europe “to once and for all remove the dependence on Russian energy.” 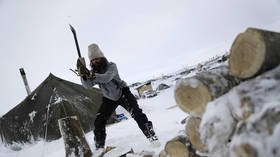 American LNG exports to Europe have ramped up significantly in recent months as much of the continent seeks to distance itself from Russian energy supplies, nearly doubling sales recorded in 2021. Given that Russia previously covered about 40% of the EU’s gas imports, however, prices have seen a sharp rise, stoking fears that some Europeans will be unable to heat their homes come winter.

Merkel, who has faced criticism for maintaining Germany’s dependence on Russia, went on to say that it was “right to accelerate the fight against climate change at the end of my term,” referring to the Russian gas purchases and efforts to end the use of coal, but added that Moscow’s “brutal invasion” of Ukraine had changed Germany’s calculus.

“This is a turning point, and of course the new government has to deal with it. And that is what it is doing,” she said of the Scholz leadership. (RT)