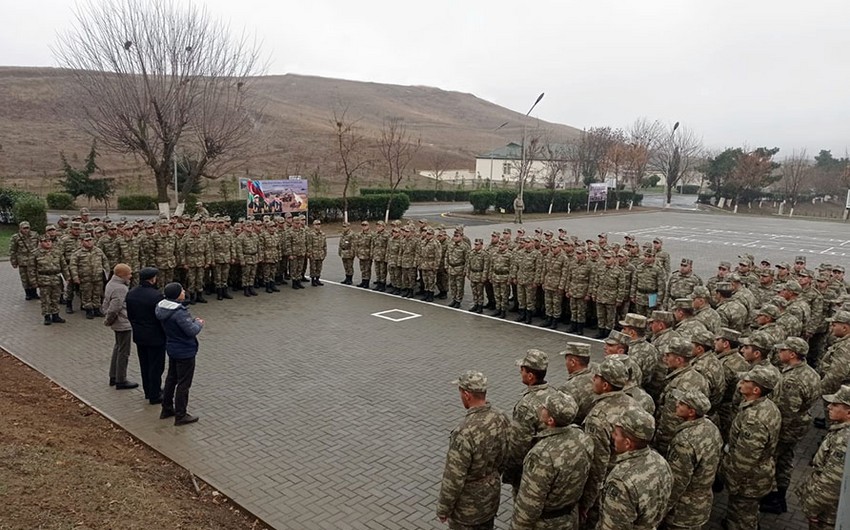 The Ministry of Defense jointly with the State Committee for Work with Religious Associations holds events to propagate national-spiritual values in the Azerbaijan Army and instill patriotism in military personnel, Report inform, citing the Azerbaijani Defense Ministry.

In accordance with the joint action plan approved for 2022 servicemen of the Department for Ideological Work and Moral-Psychological Support of the Main Department for Personnel and a group of representatives of the committee held meetings with servicemen in the territories liberated from occupation.

During the meetings, discussions were held on the topics “Preservation of national-spiritual values based on the idea of Azerbaijanism of the Great Leader Heydar Aliyev”, “The role of Islamic religion in the upbringing of youth”, and “Freedom of conscience and the state-religion relations in the legislation of Azerbaijan”, as well as questions of servicemen were answered.

The role of national-spiritual values in the military-patriotic upbringing of youth and their protection from harmful habits, as well as the significance of enlightenment activities, held in this sphere, were brought to the attention of the military personnel.