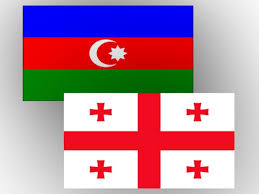 He made the remarks at a government meeting, summing up the results of his visit to Azerbaijan.

He spoke about the partnership between Azerbaijan and Georgia.

“Yesterday we visited Baku, and it was not by chance that we decided to pay our first visit to Azerbaijan. As you know, cooperation between our countries is of not just bilateral, but also regional significance and has gained strong international context,” said the prime minister.

However, according to Gakharia, Georgian-Azerbaijani cooperation has a very important economic dimension.

“Azerbaijan and Georgia are strong economic partners, so our cooperation in energy, transport and other fields is of international importance. In addition, we discussed such important areas of economic cooperation as trade, transport, mutual investments, etc.,” said Gakharia.

The prime minister said that concrete steps have already been planned, and in November a meeting of the Commission on Economic Cooperation of the two countries will be held.

“The meeting of the Commission on Economic Cooperation between our countries has not been held for the past 10 years. The first step will be the holding of the Commission in the second half of November, which should become a fundamental and effective tool for improving and expanding our economic cooperation,” said the prime minister.