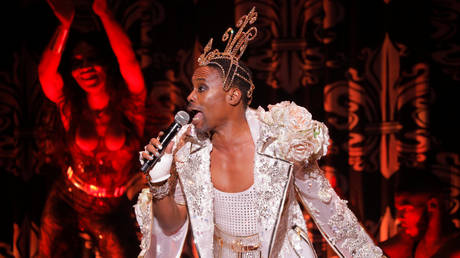 Is there any phrase more guaranteed to ruin a sweet childhood memory than “a modern re-imagining of…”? Especially when ‘modern’ means ‘sanitized’ and ‘injected with pointless social-justice twaddle.’

Enter the black, transgender fairy godmother. According to Hollywood Reporter, Emmy-award winning actor Billy Porter will play the role in Sony Pictures’ upcoming remake of the 1950 Disney classic, alongside Cuban-American actress Camila Cabello as the titular princess. Billy Porter, for the uninitiated, is a gay man.

Raise your hand if you need @theebillyporter as Cinderella’s fairy godmother in your life. 🙋♂️ https://t.co/458kHL11in

So commonplace is the woke makeover these days that the news was greeted with nothing but syrupy enthusiasm from the media. “Billy Porter Should Absolutely Be Cinderella’s Fairy Godmother,” gushed Vanity Fair, to the deafening squeals of a hundred “Yass Kween”s in the comments section.

“If ‘Fairy Godmother Billy Porter’ doesn’t have an Academy Award for Best Supporting Actor written all over it, we don’t know what does,” sassed gay magazine PinkNews. “It’s safe to say,” chirped women’s magazine site Refinery29, Cinderella “will be nothing short of fabulous.”

To be clear, this author has no attachment to the 1950s Cinderella story. Whether producer James Corden butchers the story or crafts an era-defining fairy tale from it is of no concern to yours truly. But audiences might disagree.

You see, while the ‘woke makeover’ – replacing women with men, injecting transgender roles where there were none, and sprinkling formerly white casts with other colors for diversity’s sake – delights magazine writers and cultural commenters, audiences are sick to the teeth of it. (RT)