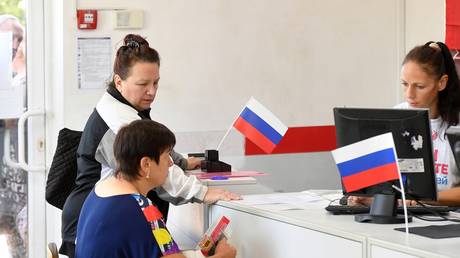 An attack on Russia’s territory would allow Moscow to use all available means to defend it, the former Russian president said FILE PHOTO. © Sputnik

Donbass referendums on joining Russia will be of “great importance” for the “systemic defense” of the local population, former Russian president and deputy head of the Russian Security Council, Dmitry Medvedev has said.

“An encroachment on Russian territory is a crime,” Medvedev wrote in a Telegram post, adding that Moscow would not hesitate to do anything necessary for “self-defense.”

According to Medvedev, such developments would make the “geopolitical transformation [of] the world irreversible.” The former president also said he believes that, after the relevant changes are introduced to the Russian Constitution, no Russian leader or official would be able to roll them back.

“That is why these referendums are so much feared in Kiev and in the West,” Medvedev added. His statement came early on Monday before the leaders of the Donbass republics announced that both would hold votes between September 23 and 27. 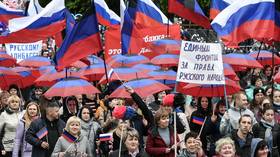 Russia recognized the two territories as independent republics in February, and demanded that Ukraine officially declare itself a neutral country that will never join any Western military bloc.

Most of the world still regards the territories as part of Ukraine, however Kiev lost de facto control of both in 2014, when the local populations rejected the outcome of the Western-backed Maidan coup.

Russia sent troops into Ukraine on February 24, citing Kiev’s failure to implement the Minsk agreements, which were designed to give the regions of Donetsk and Lugansk special status within the Ukrainian state.

The protocols, brokered by Germany and France, were first signed in 2014. Former Ukrainian President Pyotr Poroshenko has since admitted that Kiev’s main goal was to use the ceasefire to buy time and “create powerful armed forces.” Kiev insists the Russian offensive was completely unprovoked. (RT)